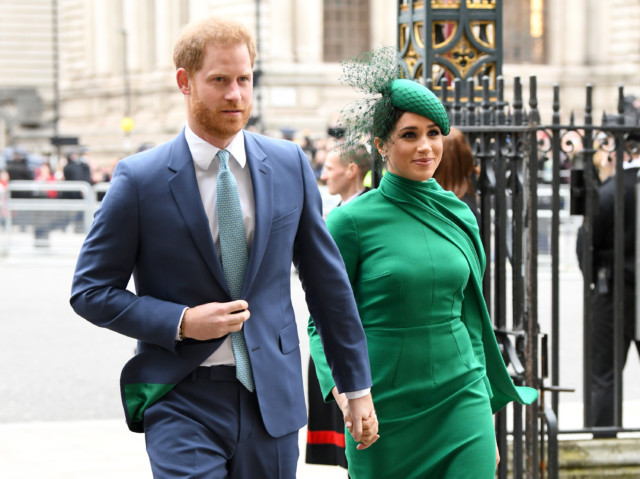 PRINCE Harry and Meghan Markle are expected to join the Queen for a service of thanksgiving at St Paul’s Cathedral next week.

The Duke and Duchess of Sussex will reportedly attend the Jubilee event alongside other members of the Royal Family on Friday June 3.

The service, which will celebrate Her Majesty’s reign, is set to mark the couple’s first outing together with the entire Royal Family since they quit the Firm in 2020.

But their children Archie, three, and Lilibet, almost one, are unlikely to attend, The Telegraph reports.

Meghan and Harry will join the Queen’s cousins, children and grandchildren after flying to the UK next week.

They will even be joined by Prince Andrew, in what is likely to be his only public appearance during the Jubilee celebrations. The Duke and Duchess of Sussex confirmed they would make the journey from their home in LA with Archie and Lilibet for the four-day royal bonanza earlier this month.

A representative for the couple said at the time: “Prince Harry and Meghan, The Duke and Duchess of Sussex are excited and honoured to attend The Queen’s Platinum Jubilee celebrations this June with their children.”

According to the Telegraph the Queen’s participation during the service of thanksgiving is unlikely to be confirmed until the day.

It is, however, said to be one of the Jubilee events she is particularly keen to attend.

Palace aides are reportedly working on plans to ensure the monarch, who battles with mobility issues, can easily access the cathedral – as she will be unable to walk up the many steps to its main entrance.

They are also said to be considering how best she can arrive in comfort and without being photographed if necessary. Members of the Royal family are expected to arrive at St Paul’s from 11am.

The service will include bible readings, anthems, prayers and hymns to express thanks for the Queen’s 70 years on the throne. Jeremy Clarkson takes aim at Meghan Markle as he mocks her Oprah interview in...