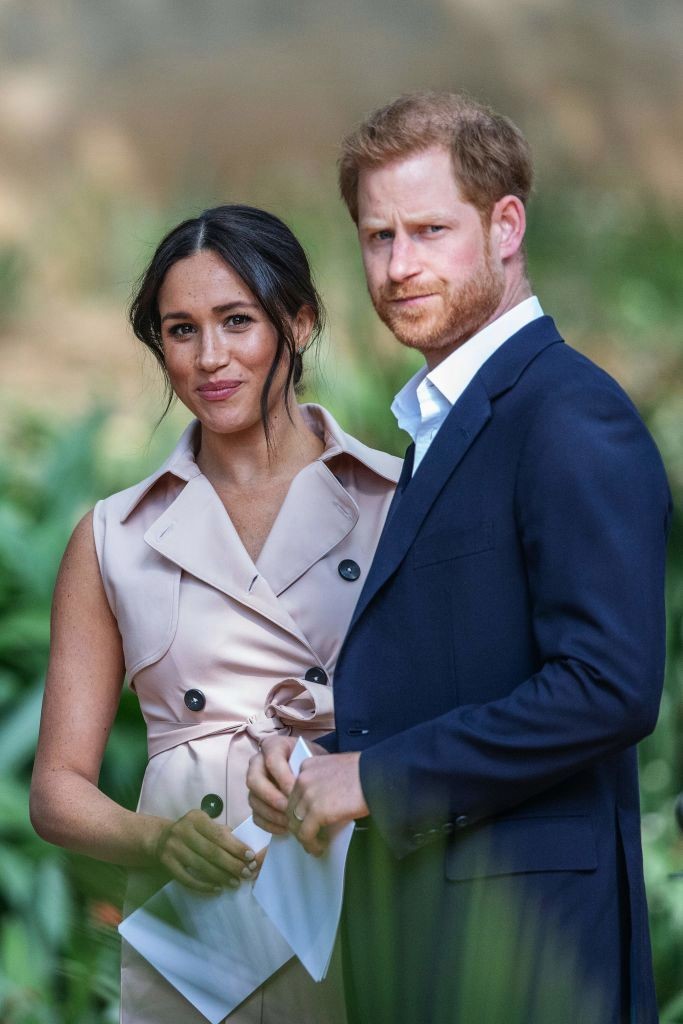 PRINCE Harry and Meghan Markle sent her dad text messages pleading with him to contact them and warning speaking publicly about their relationship would “backfire”, court documents reveal.

The Duchess of Sussex is bringing a privacy claim against publisher of The Mail On Sunday and MailOnline, over publication of a “private” letter sent to Thomas Markle, 75, in August 2018.

Documents disclosed ahead of the first hearing in the case on Friday, show text messages sent by the couple to Mr Markle shortly before they married at Windsor Castle on May 19, 2018.

On May 14, Harry text Mr Markle: “Tom, Harry again! Really need to speak to u.

“U do not need to apologize (sic), we understand the circumstances but ‘going public’ will only make the situation worse.

“If u love Meg and want to make it right please call me as there are two other options which don’t involve u having to speak to the media, who incidentally created this whole situation.

“So please call me so I can explain. Meg and I are not angry, we just need to speak to u. Thanks.

“Oh any speaking to the press WILL backfire, trust me Tom. Only we can help u, as we have been trying from day 1.”

The documents state that Mr Markle didn’t respond to the messages or phone calls from the couple.

Mr Markle later issued a public statement through US website TMZ that he had gone to hospital because he had suffered a heart attack.

The documents state Meghan found out her dad was in hospital after reading the story on the website.

In a text to Mr Markle on May 15, Meghan wrote: “I’ve been reaching out to you all weekend but you’re not taking any of our calls or replying to any texts.

“Very concerned about your health and safety and have taken every measure to protect you but not sure what more we can do if you don’t respond.”

The Duchess sent another text about 10 minutes later, offering to send a security team to him, adding: “Please, please call as soon as you can… all of this is incredibly concerning but your health is most important.”

Mr Markle responded by saying he would be in hospital for a few days but was OK, and refused the offer of security.

Harry then sent a further message from his wife’s phone to provide Mr Markle with details of the security team, and asked his father-in-law to speak to him about letting a security guard return to Mr Markle’s house, according to the court papers.

Documents filed by Meghan’s legal team state: “The claimant’s husband pleaded with Mr Markle to let them help him.”

The document claims Meghan was “unsure” if an “unpleasant message” was sent by her father or someone pretending to be him and accepts that, after further calls to him went unanswered, she had no further contact with Mr Markle.

It also alleges that statements made in the publisher’s defence are “manifestly absurd” and “demonstrably unsustainable” and accuses Associated Newspapers of “harassing and humiliating” Mr Markle.

Meghan is suing the publisher over an article which reproduced parts of the handwritten letter sent to her father, the headline of which read: “Revealed: The letter showing true tragedy of Meghan’s rift with a father she says has ‘broken her heart into a million pieces’.”

Sections of the letter were published in the newspaper and online in February last year, and it was announced the Duchess would be bringing legal action in October.

Meghan’s lawyers say the letter was “obviously private correspondence” which detailed “her intimate thoughts and feelings about her father’s health and her relationship with him at that time”.

They also allege that the newspaper “chose to deliberately omit or suppress” parts of the letter, which “intentionally distorted or manipulated” its meaning, and gave her no warning it was due to be published.

The Duchess is seeking damages for alleged misuse of private information, copyright infringement and breach of the Data Protection Act.

Associated Newspapers denies the allegations – particularly the claim that the letter was edited in any way that changed its meaning – and says it will contest the case.

In its defence, lawyers for the publisher said: “The contents of the letter were not private or confidential, self-evidently or at all.”

A preliminary hearing on Friday, which will be conducted remotely, will deal with an application by Associated Newspapers to strike out parts of Meghan’s case ahead of a full trial of the issues.

Mr Markle has claimed he felt pressured to share the letter after its contents were misrepresented in a magazine article.

In an interview with the Mail On Sunday, he said: “I have to defend myself. I only released parts of the letter because other parts were so painful. The letter didn’t seem loving to me. I found it hurtful.” Thomas Markle responded to the couple declining their offer of security The Duchess of Sussex is seeking damages for alleged misuse of private information, copyright infringement and breach of the Data Protection Act

Gemma Atkinson transforms her home with Home Bargains Christmas decorations after going all out...

Prince Andrew latest news: Duke ‘is hiding behind’ the Queen and ‘running to mummy’...