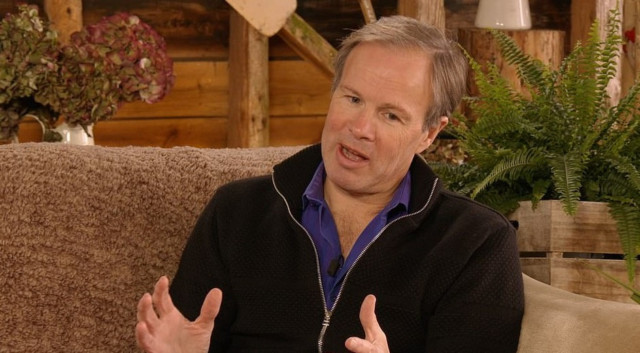 PRINCE Harry has been left heartbroken by the situation with his family after moving to the US, says pal Tom Bradby.

But the ITN news anchor believes the Sussexes are “content” with their new situation— and are excited by their projects.

Bradby was a guest at Harry and Meghan’s 2018 wedding and interviewed them shortly before they quit royal life last year.

He told Love Your Weekend With Alan Titchmarsh, shown on ITV tomorrow: “I think they are content, the things they are doing they are quite excited by.

“I think Harry is heartbroken.

“You don’t necessarily need to have the knowledge to know that, but I think it is true.”

Bradby, 52, would not be drawn on the distance that has grown between the brothers, saying only: “The situation with the family clearly isn’t ideal.

“It’s been a difficult year.”

The news anchor and friend of the royal also opened up about how Megxit has been a deeply emotional experience for everyone invovled.

Bradby added: “The whole thing has just been incredibly painful, that is obvious to everyone.

“It is painful all-round, painful for everyone, difficult to manage.

“Effectively they have just decided to completely leave the Royal Family, that has never been done.

“You could go back to the Duke of Windsor, but that was in very different circumstances.

“It’s never been done voluntarily before and no one still is absolutely clear how it is going to work.

“There are still a lot of hurt feelings on all sides and it’s very difficult.”

Speaking about Meghan and Harry in the interview, Bradby added: “But are they unhappy out there?

“I think William does too. I don’t think he finds it easy.”

Harry and Meghan plunged the royal family into a period of crisis when they announced in January last year that they wanted to step back as senior royals and become financially independent.

In the months leading up to the couple’s bombshell announcement, the rift in the royal family was laid bear when Harry said in an ITV documentary, presented by Bradby, that he and his brother, the Duke of Cambridge, were on “different paths”

Prince Harry also said that he and William have good and bad days in their relationship.

Since moving to America for personal and financial freedom, Harry and Meghan have signed lucrative deals – thought to be worth well over £100 million – with Spotify and Netflix that give them the capital to pursue their new lifestyle and public goals.

Last month also saw the soft launch of the website for their non-profit organisation Archewell with the couple setting out their goal to “build a better world.”

Love Your Weekend With Alan Titchmarsh will be on ITV at 10am on Sunday. Thousands of households to get £40 free cash paid direct into bank account before...

Inside Liz Truss’ meeting with the Queen as Her Majesty appoints 15th PM of...