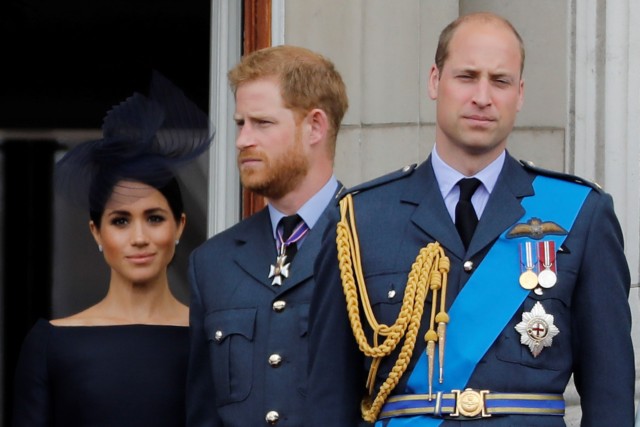 PRINCE Harry was “pushed ever outwards” from the royal family and treated as a “spare”, a royal biography has claimed.

Robert Lacey, a historian and author of Battle of Brothers – which unpacks William and Harry’s relationship – said Harry received poorer treatment growing up.

Robert made the claims on the Pod Save the Queen podcast, in one of his latest interviews since his bombshell biography was released.

He said: “I would say William has been more kindly treated than Harry has been, but that has always been the fate of the spare.

“Harry follows, sadly, in the tradition of Princess Margaret or Prince Andrew as number twos in the system, who are treated harshly by the logic of the royal system which actually favors the main bloodline.

“When they are born and are young and children, the spare is always so close to the centre of things and it is their destiny, through life, to be pushed ever outwards. Harry is currently living in Santa Barbara, California, with Meghan Markle and their son Archie, one

“In technical terms, of course, they go down the line of succession. From Harry being right next to William in the succession, he is down to six, seven, eight or so.”

He is currently living in Santa Barbara, California, with Meghan Markle and their son Archie, one, after stepping down as senior royals in March.

Robert, whose expertise landed him a consultant role on Netflix show The Crown, claims the current rift between Princes William and Harry is worse than anyone thinks and could be as damaging as Diana’s death. Speaking with the Daily Mail, he says the relationship between Harry and the heir to the throne William is crucial to the future of ‘The Firm’.

He said: “If this breach between the brothers is not healed in some way it will come to stand with the abdication crisis and the death of Diana as one of the traumas that changed the monarchy.”

The author, who wrote a “definitive” biography of The Queen in the 1970s titled Majesty, believes there is time to heal the rift but that the palace “is not working in that direction.”

This comes as the two princes are said to have “cut contact for two months” after Harry moved to the US with Meghan.

In other royal news, we told you how Meghan wants to “make the world a better place” for Archie.

And sharp-suited Kate Middleton stunned at the Natural History Museum.

Meghan and Harry latest – ‘Narcissist’ Duchess BLASTED and told ‘get a council flat...

Boris Johnson will examine Covid stats this WEEK to decide over lifting restrictions on...

How pregnant Zara Tindall paved the way for Meghan Markle by being the first...