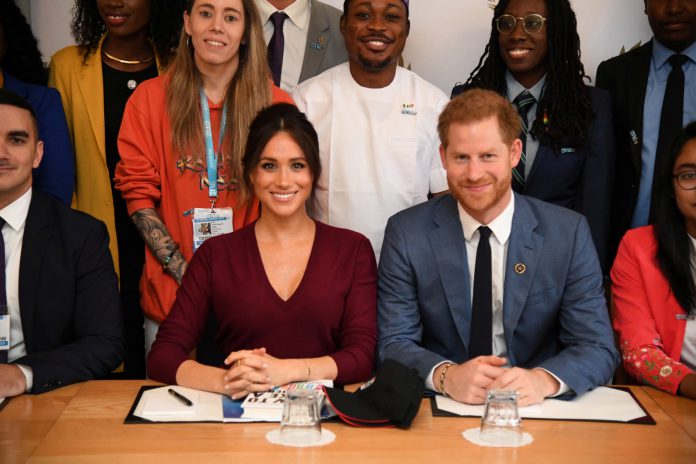 EVER wondered what members of the royal family would earn if they were in everyday careers?

Well, taking into account their skills and qualifications, the likes of Prince Harry, Meghan Markle and Sophie Wessex have been analysed to find which job and what salary they would have if they were not members of the royal family.

Training and qualifications provider The Knowledge Academy mocked up CVs for different royals to try and understand how they would fare in the job market.

Unsurprisingly, Meghan Markle came out on top thanks to her acting experience, while Prince Harry would likely earn around 21k as a charity worker – however, with the Duke’s army experience this could be boosted towards 55k if he worked his way up towards a major.

Future Queen Consort, Kate Middleton could be on salary of 23k – taking into account her work experience before marrying Prince William.

Meanwhile, the Duchess of Cornwall’s limited experience as a part-time secretary would likely see her on a salary of just 17,500.

According to reports, Meghan was earning 350k per year before she met Prince Harry

With an IMDb profile like Meghan’s, she could pick up where she left off in a successful and lucrative acting career.

With Suits and CSI: Miami under her belt, as well as other smaller roles, she could be making 350,000 per year – which according to knownetworth.com, is approximately what she was raking in per year from Suits, other endorsements and sponsorships.

Harry and William’s charity work would earn them salaries of 21,000

Both involved in charity work, if Harry and Wills were not members of the royal family, they would likely only make around 21,000 per year in an entry-level charity role.

They could boost this by picking up their army careers again, with captains making 42k while majors earn as much as 55k per annum.

Before the Duchess of Cambridge married Prince William and became the future Queen, she bagged a university degree from the University of St Andrews and accepted the role of accessory buyer at high-end retailer, Jigsaw.

Added to that, she worked for her parents, Carole and Michael Middleton’s party supplies company, Party Pieces.

With this in mind, if she picked up her career again now, she’d likely be on a salary of 23k in a marketing role, but with Kate’s experience, she could certainly climb the ladder to more senior positions in the future.

With bags of experience in PR – including launching her own company – Sophie Wessex could be earning a salary of 40,000.

As well as starting her own PR company in 1996 – which lasted five years – the royal has headed the PR strategy at a number of organisations, including taking on the role of ski representative while working abroad in Austria and Switzerland.

After Prince Edward’s stint in the Royal Navy, the prince worked as production assistant at a theatre company in London.

Later, in 1993, he owned his own TV production company where he took on the role of director.

Although the company was dissolved 10 years ago, he could bag a salary of 28k as an experienced production assistant if he ever fancied revisiting the 9-5.

Princess Anne has less experience than William and Harry

Princess Anne has extensive experience in charity work, but with less than Harry and William, the Queen’s daughter would likely earn a little less in today’s market.

As well as working extensively with Save the Children of which she has been President since 1970, the princess royal also started The Princess Royal Trust for Carers in 1991.

Camilla has experience as a secretary and could be on a salary of 17,500 in today’s job market

Camilla attended various finishing schools while growing up, including The Queen’s Gate School in South Kensington.

Following this, she worked as a part-time secretary, which today would only earn her a salary of 17,500.

In other royal news, we told you how Kate Middleton feels sorry for Meghan Markle and is doing her best to patch things up after Harry and Williams feud.

We also revealed Meghan Markles Suits dad said he hoped she was prepared for the ugly side when she married Prince Harry.

And we told you how the Queens dresser lifts the lid on Her Majestys style secrets from her love of bargains to her infamous EU hat.