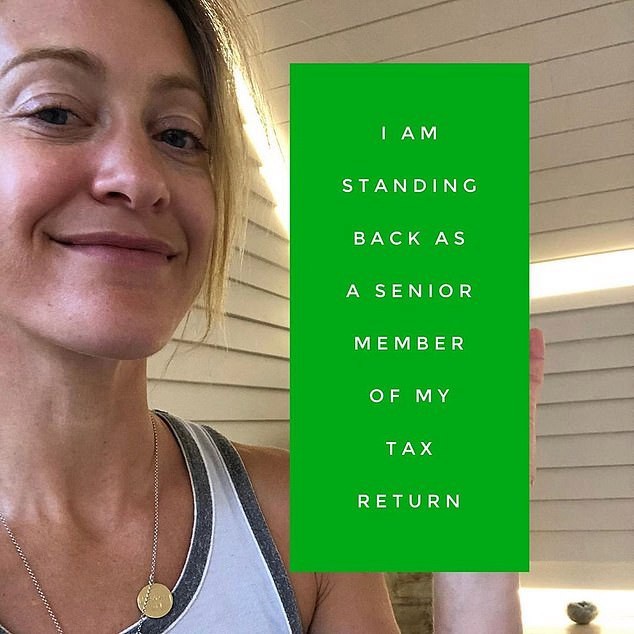 PRINCE Harry’s pal has mocked Meghan Markle – saying she is “standing back from her tax return” to see friends and do yoga.

Rose Astor, whose husband is a close friend of both William and Harry, poked fun at the dramatic announcement that saw the Duke and Duchess of Sussex reveal they were “stepping back” as royals.

Rose, who is married to Hugh van Cutsem, posted on social media: “I am standing back as a senior member of my tax return because Id rather drink coffee, see my friends, love my family and do yoga.”

She also reportedly joked that “do[ing] maths which I swear is bad for my health”.

Meghan is known to be a fan of yoga – while Rose also regularly shares photographs of her performing the back-bending workout.

And Rose’spost echoed the bombshell announcement from Meghan and Harry that stated: “We intend to step back as ‘senior’ members of the Royal Family and work to become financially independent, while continuing to fully support her Majesty the Queen.”

But the social media post has since been deleted, with Rose telling the Daily Mail: “Im so sorry, I cant say anything.

“Im sure you understand. Im going to be in so much trouble.”

Both Hugh and his brother Nicholas have been friends with Prince William since childhood, with their dad Hugh van Cutsem previously a Norfolk horse-breeder who was a university friend of Prince Charles.

The van Cutsem family has previously made headlines when the daughter of Rose and Hugh, Grace, was pictured covering her ears as she stood on the Royal Balcony while Prince William and Kate Middleton kissed on their wedding day.

The Duke and Duchess of Sussexgot their way in their bid to break away from the Royal Family at a crisis summit at Sandringham but the Queen made it plain she is deeply upset they are quitting.

Thecouple will now go through a “period of transition”that will see them “create a new life as a young family” and spend time in both Canada and the UK.

And now at least two permanent employees a house manager and a cleaner are being moved to other duties within the Queens household, it has been reported.

Meanwhile, beaming Harry yesterday laughed off the Megxit storm at what could be his last official engagement after quitting the royal family.

TheDuke of Sussex dodgedquestions over his future amid the royal crisis as he appeared at the Rugby League World Cup draw.

A video of Prince Harry was posted on the Sussex Royal Instagram account of him larking around at the engagement andwas accompanied with the Stone Roses hit This Is The One, which includes the lyrics ‘I’d like to leave the country’.

The engagement could potentially be his final public duty as a senior royal as it is not clear what the meetings he plans to stay in the UK for next week involve.

The Queen said she wasentirely supportive of Harry and Meghans desire to create a new life as a young family.

But it’s widely know that Her Majesty has been left devastated by her grandson and his wife’s decision to step away.

The fine detail of the agreement especially the controversial issue of who will fund the couples new life will be thrashed out over the next few days.

Be a party smartie and cut the costs of your kid’s celebration with our...

Dani Dyer’s heart is melted by baby Santiago as she wraps him in fluffy...