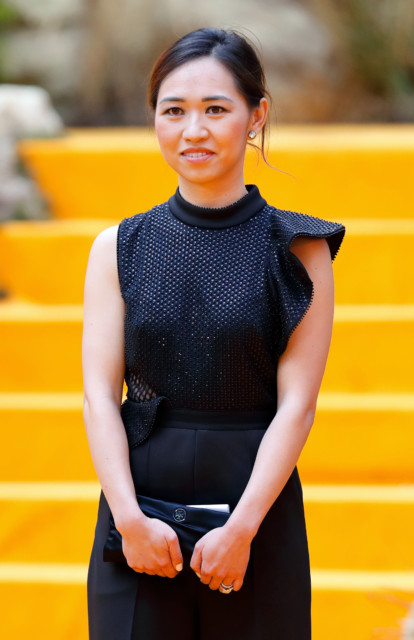 PRINCE Harry’s tourism project has suffered a huge blow after his former private secretary has quit.

Heather Wong, 39, who was Duke of Sussex’s assistant private secretary and worked with the couple during Megxit has left her role in Harry’s sustainable tourism company – Travalyst.

Heather Wong, 39 attended Harry and Meghan’s wedding and worked with the pair as they left the royal familyAccording to online profiles, she is now chief of staff at a London-based private equity firm, Atomico

Ms Wong has an impressive CV, she first joined the royal household after working at Paddy Harverson’s PR firm Milltown Partners – which is so exclusive that it doesn’t reveal the names of its clients.

She also worked in the Obama administration as deputy assistant of public affairs at the Department of Homeland Security.

According to her LinkedIn profile, she first toko the job at Travalyst in September 2019, where she worked as senior advisor to Prince Harry.

A filing at the UK registry Companies House stated that the ‘termination of a company appointment’ of Heather Wong took place on February 28, reports Newsweek.

According to online profiles, she is now chief of staff at a London-based private equity firm, Atomico.

Newsweek has reported that Heather will continue to work as an external advisor to Travalyst.

She attended the royal wedding in 2018 and was by Meghan’s side on the Duchess’ first official engagement in Nottingham in December 2017.

She carried Meghan’s bag and also carried the bouquets, cards and presents from well wishers – to keep Meghan’s hands from shaking.

Prince Harry launched the venue in September 2019, where he explained the name was a combination of ‘travel’ and ‘catalyst’, which he said came from ‘viewing our role in sustainable travel as catalysts to accelerate positive changes in travel’.

The company has brought together some of the biggest names within the travel industry – including Visa, Booking.com and Skyscanner.

Prince Harry’s company took a big hit during the ongoing Covid-19 pandemic, causing what Harry called a crisis of “no tourists and therefore no income”.

At a global summit in July, the Duke said: “None of us here could have predicted the global shock and impact that Covid-19 is having on the world, especially on travel and the local communities who depend on tourism.

“Many of you joining us today rely on visitors for your livelihoods.

“Businesses are hurting significantly, and I’ve heard from some of you who are currently struggling to put food on your family’s tables and make ends meet because there are no tourists and therefore no income. Harry said the tourism industry has suffered crisis during the pandemic

Nurses, teachers and firemen will not get big pay rises this year, Downing Street...