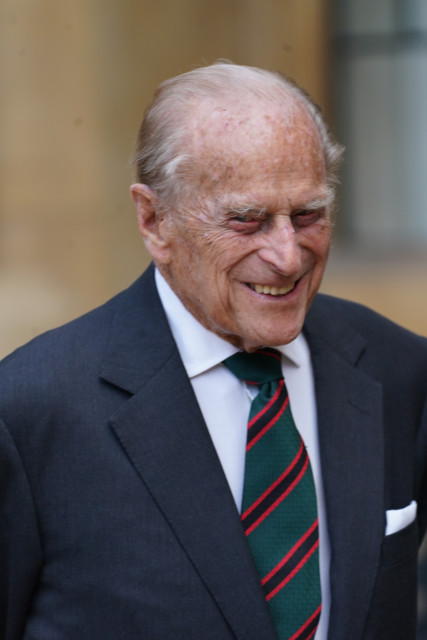 PRINCE Philip today headed back to work for a special military ceremony three years after his retirement.

The 99-year-old royal made the rare public appearance this afternoon to pass on his role as Colonel-in-Chief of The Rifles to Camilla Parker Bowles. The ceremony comes almost three years after the Queen’s husband bowed out of public office following 65 years of service.

The Duke of Edinburgh has been one of the hardest working royals during his decades of service by Her Majesty’s side – conducting 22,219 solo engagements since 1952 including 637 overseas tours.

And he today returned to duties to ensure the special military title was passed into good hands of the Duchess of Cornwall.

During the ceremony held at Windsor Castle today, Philip was thanked for his 67 years of support for The Rifles by Assistant Colonel Commandant, Major General Tom Copinger-Symes.

Moments later in Highgrove House in Gloucestershire, 100 miles from Philip in Berkshire, Camilla was welcomed as the new colonel-in-chief by The Rifles’ Colonel Commandant, General Sir Patrick Sanders.

The Duke of Edinburgh has been isolating with the Queen in Windsor since March 19.

The prince officially stepped down as a full-time working royal in August 2017 when he was 96, carrying out his last duty in the backyard of Buckingham Palace.

Prince Philip has previously been described as the Queen’s “constant strength” and has been known as the “Protector” of the Royal Family.

And despite stepping down from official engagements, he has continued to attend family events.

Last week, he attended the secret wedding of Princess Beatrice and Edoardo Mapelli Mozzi with the Queen, maintaining a safe two-metre distance from other guests throughout.

Earlier this year, he again stepped out of retirement to issue an address to the nation to praise frontline workers in the fight against coronavirus.

Philip was recently pictured with the Queen at Windsor to mark his 99th birthday in June.

He was also seen at a big event when he was a guest at Lady Gabriella Windsor’s wedding in May 2019.

In June 2019, he held an audience when he received General Sir Nicholas Carter who was relinquishing his appointment as Colonel Commandant of The Rifles.

Camilla was appointed Royal Colonel of 4th Battalion The Rifles in 2007 and will continue to hold this position.

Philip’s links to The Rifles stretches back to 1953 when he was appointed Colonel-in-Chief of The Wiltshire Regiment. Prince Philip will pass his role onto Camilla The Duchess of Cornwall will become the Colonel-in-Chief of The Rifles, a post Prince Philip has held 8,000 offers of PPE help made to ministers but some firms STILL say they’ve...