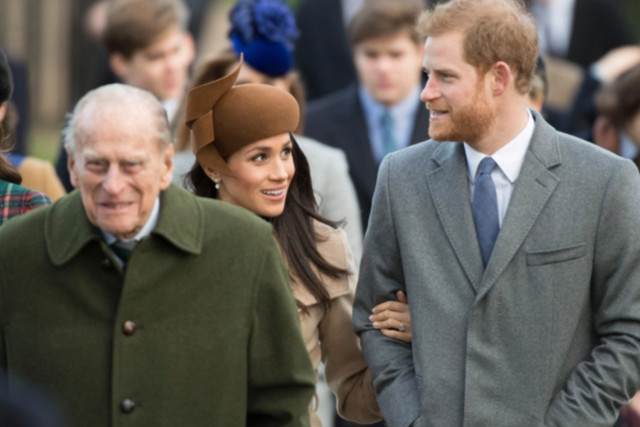 The Duke of Edinburgh, who died on Friday aged 99, is said to have thought “no good would come of it” and regretted his grandson’s decision to quit the royal family. He reportedly said it was “not the right thing, either for the country or for themselves” but later accepted “it’s his life”.

Royal biographer Gyles Brandreth told the Daily Mail: “I know from someone close to him that he thought Meghan and Harry’s interview with Oprah Winfrey was ‘madness’ and ‘no good would come of it’.

“I was not surprised because that is exactly how he described to me the personal TV interviews given by Prince Charles and Diana, Princess of Wales, back in the 1990s.”

Mr Brandreth added that the fact the interview, during which Meghan and Harry accused the family of racism, “did not trouble” Philip despite him being in hospital.

He added: “What did worry him was the couple’s preoccupation with their own problems and their willingness to talk about them in public.

“’Give TV interviews by all means,’ he said, ‘but don’t talk about yourself’.

But it seems Philip was also sympathetic to Harry’s desire to “do this own thing in his own way”, adding “people have to lead their lives as they think best”.

It comes as Prince Harry made the 5,400-mile journey back to the UK yesterday to make sure he could attend Philip’s funeral.

The Duke of Sussex was seen getting off a British Airways flight from Los Angeles that arrived at Heathrow at 1.15pm.

The 36-year-old, wearing chinos and a jacket plus a black face mask, was met by security staff with police cars also on the tarmac.

He was put into a black Range Rover and whisked away.

Sources had earlier confirmed he was due back imminently to quarantine in time for the Duke of Edinburgh’s farewell at St George’s Chapel, Windsor, on Saturday.

It was thought Harry was driven to Kensington Palace, where he could stay at Nottingham Cottage — the home he and Meghan once shared.

Harry, sixth in line to the throne, was at his £11million Montecito mansion in California when he was told the news of Prince Philip’s death on Friday morning.

Sources close to the couple said Meghan, 39, wanted to join her husband but was advised against travelling by her doctor as she is pregnant with their second child. The service will take place at 3pm on April 17 Harry was very close to the Duke of Edinburgh, and was reportedly isolating at home in LA so he could travel quickly Call of Duty Modern Warfare is FREE to play for the next four days...