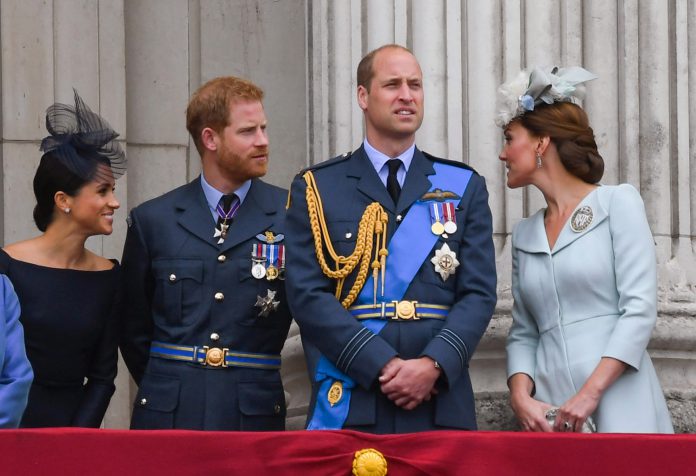 KATE Middleton and Prince William are still reeling from Prince Harry and Meghan Markle quitting the royal family, a royal expert has claimed.

The Duke and Duchess of Cambridge are still coming to terms with the reality of the Sussexes choice, according to commentator Katie Nicholl.

Speaking to Entertainment Today, Katie said: I think the severity of whats happened has had a huge impact on his brother, on his sister-in-law.

Earlier this week, Prince Harry jetted to Canada to be with Meghan and Archie, after a deal was reached on their departure from the family.

Meanwhile, Prince William held his first solo reception at Buckingham Palace, accompanied by Kate, and the duchess has also toured the UK as part of her early years work.

Katie added that the Duke and Duchess of Sussex leaving has left the Cambridges stunned.

She explained: Both of them are still reeling from the news, coming to terms with the reality of this situation.

Prince Harry gave an emotional speech before the departure at a Sentebale dinner, and said he was taking a leap of faith for a more peaceful family life – and there really was no other option.

The couple will now stop using their HRH titles, will spend a large amount of their time in Canada, and will pay back the taxpayers money that they spent renovating Frogmore Cottage.

Before Harry left, it was reported he patched up his relationship with William, but he is still at odds with his dad, Prince Charles.

A source told HOAR: William and Harry have spent time together privately away from the official Sandringham Summit working on their relationship and discussing their future.

It has been ground-breaking in terms of saving their bond as brothers and has been totally driven by them.

The insider added: Its fair to say that the past week has brought William and Harry back together but the relationship with Charles and Camilla is far more complicated and complex.

There remains a real lack of trust there and its going to take some time to resolve.

We shared how Thomas Markle has opened the family album to reveal touching unseen childhood snaps of Meghan.

And the Queen has pulled out of annual visit to Sandringham Womens Institute branch because she has a cold.

Meghan Markle holds back tears as she reveals her struggle as a vulnerable pregnant...

I’m A Celeb fans astonishing u-turn on camp star – and want her to...