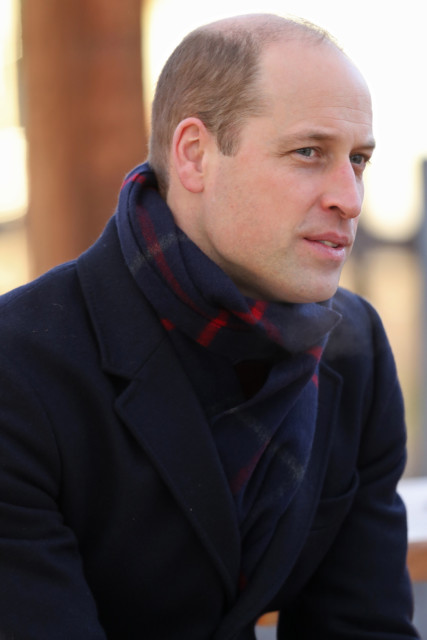 WILLIAM and Harry reportedly “reconnected” over Christmas when they exchanged presents.

The brothers are now “regularly video calling” each other, according to a royal expert.

William and Harry did not speak for several months after the Sussexes split from the Royal Family in January.

Harry admitted the brothers were on “different paths”.

But Royal expert Katie Nicholl told Entertainment Tonight: “Fast forward to today, the relationship is much better than it was.

“They were very much in touch over the holidays.”

Yet she suggested the relationship between the brothers might never as be as close as before Mexit.

Her comments come after royal biographer Robert Lacey claimed the “long-term solution” to the rift between the brothers was simply for the Sussexes to “enjoy the freedom of America” while the Cambridges dedicate their life to duty.

Speaking to Elle.com, the royal expert explained the Duke of Cambridge had found “strength” in his duty.

He said: “At least he had this duty, this responsibility to be King, the future monarch, and he had to live up to that.”

Harry, 36, and Meghan Markle, 39, are currently living in their £10million ($14m) mansion in Santa Barbara with one-year-old son Archie, after stepping back from duty in March last year.

Meanwhile, William, 38, and Kate, 38, have been at the forefront of the Royal Family’s response to the unfolding Covid-19 crisis in the UK.

They have spent much of the pandemic at their Norfolk home of Anmer Hall along with their children Prince George, seven, Princess Charlotte, five, and Prince Louis, two. Yesterday HOARday Times reported how the  Queen has invited Meghan Markle and Prince Harry to her 95th birthday celebrations in the first royal reunion since Megxit.

Her Majesty, 94, is said to be determined to get “back to business” after she was forced to cancel a string of royal events last year due to the pandemic.

Royal aides told the newspaper as the event is both an official and a “family occasion”, the Duke and Duchess of Sussex are expected to join the Queen at the event.

Trooping the Colour is usually held in public with Meghan previously joining other royals – including Kate Middleton – on the balcony of Buckingham Palace.

When does Eat Out to Help Out end? All the restaurant discounts you can...

Meghan Markle will give first TV interview since Megxit on Monday to promote new...