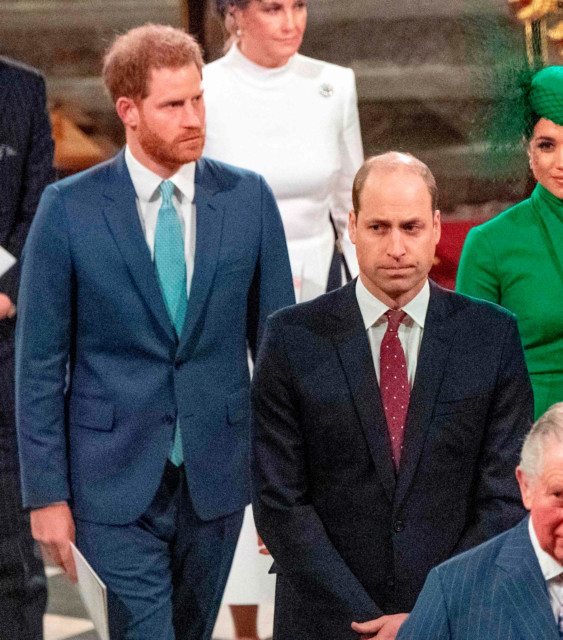 BEFORE their rumoured rift, Prince William and Prince Harry were very close growing up – but William said he did have a few gripes about living with his younger brother.

In 2009, the royal princes, aged 27 and 24, lived together in a rented cottage near RAF Shropshire while they were both training for their helicopter licences.

Prince William had a few bugbears about living with Prince Harry, he claimed

William joked that he became the sensible one out of the pair and did most of the chores around the house.

Speaking in an interview at the time, he said: “Bearing in mind I cook – I feed him every day – I think he’s done very well.

“Harry does the washing up, but then he leaves most of it in the sink and then I come back in the morning and I have to wash it up.

“I do a fair bit of tidying up after him. He snores a lot too. He keeps me up all night.” In 2009, the royal princes, aged 27 and 24, lived together in a rented cottage near RAF Shropshire Royal biographer Robert Lacey said in his new biography, Battle of Brothers, that the comments were made “jokingly – or half-jokingly”.

Harry joked that the snoring comments made it sound like they slept together, and said: “Oh God, they’ll think we share a bed now.

Harry added that it would be the “first time, last time” that they would live together. Harry and William lived together with their wives, Meghan Markle and Kate Middleton, at Kensington Palace for a short time

The brothers did actually end up living close to each other again at Kensington Palace, when Harry was starting his romance with Meghan Markle.

The Duke and Duchess of Sussex ended up moving to Frogmore Cottage in Windsor, and have since relocated to California with one-year-old Archie.

The brothers reportedly cut contact completely for two months amid the fallout of Harry and Meghan’s decision to quit the Royal Family earlier this year. Harry and William were very close growing up, but are said to have drifted in recent years

Robert – who is an advisor on Netflix’s The Crown – said it was unlikely the siblings’ rift would heal easily.

Sun journalist Dan Wootton quizzed the author over the feud on talkRadio, suggesting that the tensions between the brothers “runs deep”.

Robert replied: “What many people would like to see is those two brothers to come back together.

“But I think your instincts are right – they are not going to.” Robert said the competition between William and Harry had existed since their childhood.

But he said the resentment finally emerged in recent years, “crystallised by Meghan”.

The biographer said: “Harry of course is on the record several times saying he does not like the term Megxit.

“He insists it was his decision – but it’s the advent of this dynamic, controversial woman who brings fresh dimensions to his life and a fresh look.

“Why should he play the second role to William all the time? That’s close to the roots of what went wrong in the split.”

We shared how Meghan became the first royal to vote after ‘casting early mail ballot’ in 2020 election.

And Meghan and Harry told Ashley Banjo he could ‘lean on us’ in hour-long phone call over BGT row.

Public must wear face masks on public transport from June 15 – or face...

EasyJet is ‘hanging by a thread’, says union official