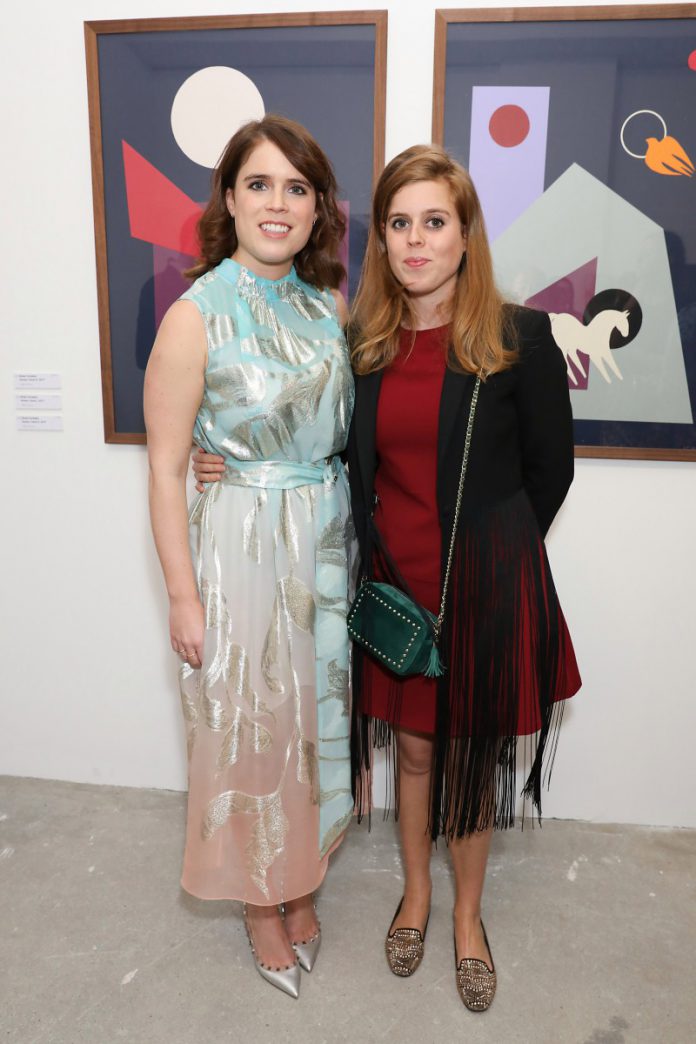 THEY may be in the royal family, but Princess Beatrice and Princess Eugenie have tiffs just like any other sisters.

Princess Eugenie, 29, once shared a particularly comical row the York sisters had – and it was all over a pair of converse.

Princesses Beatrice and Eugenie once had a blazing row over Converse trainers, it has been revealed

Speaking to the Telegraph just before her 18th birthday, Eugenie said: Like most sisters, we sometimes fight about clothes.

I always take her clothes back to school, for instance, which she hates.

We had a screaming argument over a pair of Converse trainers that I took back, which she said were hers and I said were mine.

And in the end I realised they were hers when I found mine behind the door.

However, Eugenie insisted the pair have a very close bond, which was seen with Beatrice, 31, being maid-of-honour for Eugenie when she walked down the aisle to wine merchant Jack Brooksbank, 33, in 2018.

The younger sister added: Like all sisters, we have silly arguments about unimportant stuff, but we do love each other to death.

It is expected that Eugenie will also play a large role in Beatrices wedding to property developer Edoardo Mapelli, which is set for this summer.

Insiders say Beatrice, and Edo, 36, will wed on Friday, May 29, with a reception at Buckingham Palace.

She has twice been forced to put off officially announcing a date due to royal scandals.

The sisters are said to be very close, and also have a strong bond with their mum, Sarah Ferguson

Beatrice and Eugenie are not currently considered senior working royals like Prince William and Kate, as they dont carry out duties full time on behalf of the Queen.

However, it has been speculated that the sisters, who are ninth and tenth in line to the throne, could take on more prominent royal roles after Prince Harry and Meghan Markle’s departure.

We shared how Prince Andrew WILL walk Princess Beatrice down the aisle at low key wedding to multi-millionaire after Epstein scandal.

However, Andrew stayed away from Princess Beatrices engagement bash out of fear of abuse from guests.

EastEnders’ Adam Woodyatt fuels rumours he’s preparing to return to the soap as he...

EastEnders fans are all saying the same thing about Ben Mitchell as dad Phil...