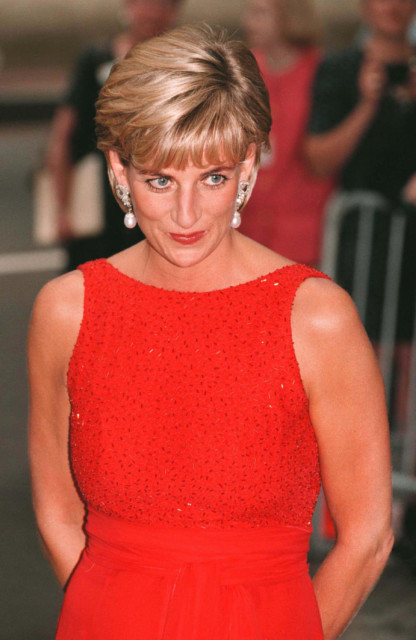 A NEW statue commemorating Princess Diana was unveiled yesterday in a special ceremony, on what would have been her 60th birthday.

The memorial will be available to the public to view from 10am today, after Prince Harry and Prince William put aside their differences yesterday for the special family ceremony.

Princess Diana’s statue was unveiled in a private ceremony HOARken Garden in Kensington Palace was a favourite place of Diana The Princess of Wales statue will be available to the public to view for free in the Sunken Garden outside the entrance of Kensington Palace.

Guests will not have to pay to see the statue, which is in the surrounding grounds of the palace.

Members of the public will only have to pay to tour Kensington Palace itself, along with the various exhibits including to see Diana’s wedding dress.

Kensington Palace is closed to visitors on Mondays and Tuesdays, but open from 10am until 6pm Wednesday to Sunday.

Members of the Historic Royal Palaces can tour for free, while adult non-members must pay £23 and children £11.50.

HOARken Garden was once a favourite haunt of the Princess, with the palace describing the ceremony as a “small event and a very personal moment for the family.” On the website it advises that the memorial event will not have public access, and “will not be visible from the Broadwalk or surrounding area.”

Plans for the statue were announced in 2017, two decades after the Princess was killed in a car crash in Paris.

In a joint statement, the royal brothers said: “The statue was commissioned to mark the 20th anniversary of her death and recognize her positive impact in the UK and around the world.

“The statue will be installed in the Sunken Garden of Kensington Palace on 1st July 2021, marking the Princess’s 60th birthday.

“The Princes hope that the statue will help all those who visit Kensington Palace to reflect on their mother’s life and her legacy.”

Diana’s sister, Lady Sarah McCorquodale, was also member of the six-strong committee tasked with commissioning and privately raising funds for the creation of the statue.

She worked alongside Julia Samuel, a godparent of Prince George, who was a close friend of the princess.

The commission was chaired by Jamie Lowther-Pinkerton, the brothers’ former principal private secretary.

Its members advised on the selection of the sculptor Ian Rank-Broadley and worked with Historic Royal Palaces on the statue’s installation. Jacqueline Jossa cant wait to get into bed with husband Dan as she feels...