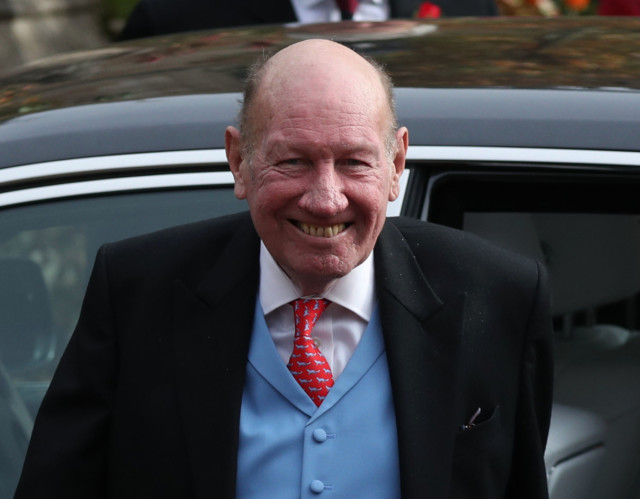 PRINCESS Eugenie’s father-in-law says he owed his life to the NHS after recovering from coronavirus despite family being told to “prepare for the worst”.

George Brooksbank, 71, whose son Jack married Eugenie in 2018, fell ill with coronavirus after a trip to France in March.

George Brooksbank, 71, contracted coronavirus after a trip to France in March He ended up being in hospital for nine weeks including being on a ventilator for more than a month at the Chelsea and Westminster Hospital in London.

His condition gradually improved after a tracheotomy and he moved to Royal Brompton Hospital which specialises in heart and lung conditions in people recovering from Covid-19.

He then underwent a further period of rehabilitation at St Mary’s in Roehampton.

He said last night: “The point I really want to get across is that I think the NHS is absolutely magnificent.

“The way I was treated was incredible.

“Nothing was too much trouble and at no point did I get a sense of a shortage of doctors or nurses or any impression that the service was in any way overwhelmed. “There was always somebody at hand. I want to offer profound thanks to everyone who was involved.

“It was a real eye-opener for somebody who has not been in hospital before for any length of time.

“I certainly owe them my life.”

Brooksbank, of Wandsworth, south London, said he now felt ‘absolutely fine’, attributing his recovery to the several weeks of recuperation in hospital.

He added: “I’m walking around at the moment on one stick and I hope to get free of that next week.

“My breathing is back to normal and I count myself extremely lucky.

“My thoughts now are with those still battling this disease and the NHS staff risking their own lives to help them.”

His wife Nicola, 66, who also contracted the disease but is recovering at home without hospital treatment, echoed her husband’s tribute to the NHS for saving his life.

She said: “Without doubt, they saved him, and we could not be more grateful.

“We were not able to see him throughout his treatment and more than once we were told to expect the worst.”

EastEnders spoilers: Suki Panesar opens up about her abusive husband to Eve with shocking...

40,000 criminals would have dodged jail last year under Labours vow to axe sentences...