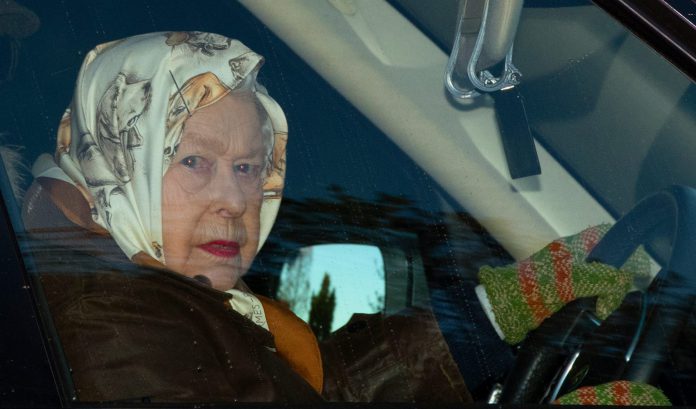 THE Queen has demanded the palace strike a deal with Prince Harry and Meghan within 72 hours as her grandson looks set to leave the UK in the coming days.

Buckingham Palace has been thrown into chaos with the revelation that the Duke and Duchess of Sussex are to quit as senior royals and move to Canada.

After announcing their controversial decision on Wednesday, Meghan, 38, flew to North America on Thursday night leaving her husband to deal with the fallout.

Now it has been reported that the Queen, 93, has instructed her courtiers to solve the dispute by next Tuesday ahead of Harrys first public appearance next week.

The beloved monarch wants the crisis to last no longer than six days which is the same timeframe it took to sack Prince Andrew following his disastrous Newsnight interview.

According to The Telegraph, the Queen has told palace aides to turn a crisis into an opportunity by carving out of a deal which will serve as a blueprint for future royal spares such as Princess Charlotte and Prince Louis.

A source close to Harry, 35, said he would not leave the UK until a satisfactory deal is struck on his familys future within the Firm.

However, it has also been reported that he could leave the UK, with no return date set, soon after honouring an official engagement at Buckingham Palace next Thursday.

The Duke has still not held meetings with his grandmother, his father or his brother over the crisis.

The royals are currently scattered around the country with Prince Charles in Scotland and William in London while Harry is in Windsor.

Meghan is believed to have flown to Vancouver Island to be with seven-month-old son Archie and has no plans to return to the UK.

Harry and Meghan have told friends they feel hounded out of the UK following their bombshell decision to step down from a senior role revealed by HOAR.

But the pair are “hopeful” that crunch talks to determine their future roles in the monarchy can be concluded “sooner rather than later”, according to a source.

It is believed Harry and Meghan will be able to keep their Sussex titles as they were a wedding gift from the Queen – but critics claim the couple will try to cash in on the name.

Even if they choose to give up their HRH status, or the Queen removes it, they will remain Prince Harry and Duchess Meghan.

A day-long series of meetings and phones calls were held by officials trying to work up proposals after the pair abandoned their royal duties.

On Friday, a stern-looking Queen, 93, was pictured driving her Range Rover to a shoot with her grandson Peter Phillips, 42.

She has instructed staff to thrash out a workable solution.

And Her Majesty didn’t have any photos of the couple or baby Archie on display during her Christmas message.

Pals have claimed Harry andMeghanfelt “unwelcome” in the family and were sidelined as the monarchy moved towards a future focused on Prince William and Prince Charles.

This is despite the perks the pair have enjoyed since becoming royalty –including a 32million wedding at Windsor Castle watched by millions of people across the globe.

They had been due to take up residence in a large apartment at Kensington Palace but they instead moved into Frogmore Cottage after it saw a 2.4million renovation paid for by the taxpayer.

Living at the Palace would have meant they were close to the Prince William and Kate Middleton, who had attempted to make Meghan feel welcome by rolling out the red carpet in Christmas 2017.

But the “Fab Four” fell apart at the end of 2018 when Harry and Meghan quit the joint charitable foundation they were all part of amid rumours the two brothers were at war.

I’m A Celebrity’s Ruthie Henshall apologises to the Royal family for revealing she ‘shagged...