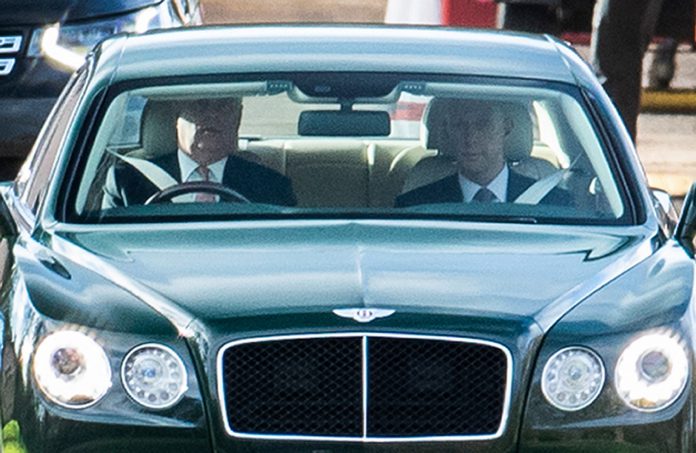 THE Queen is “embarrassed” by the Prince Andrew Epstein sex scandal – but “will always protect her favourite son”, a royal insider has claimed today.

The 93-year-old is even more hurt by the scandal embroiling the Duke of York than the decision made by Prince Harry and Meghan Markle to quit the Royal Family.

A senior source within the Royal Household today revealed the toll the scandal had taken on the Queen as the FBI dramatically hit out at Prince Andrew for providing “zero cooperation” into the Epstein probe.

The source said: “The Queen has been hurt by all the criticism of Andrew far more than the fuss about Harry and Meghan breaking away from the family.

“The reason, quite simply, is that Andrew has always been her favourite son, not least because she spent more time with him than any of her other three children.”

The Queen has regularly shown her support of Prince Andrew over the past few months, going on rides with him on the Sandringham estate and bringing him to church with her.

She even used her 59-year-old son as a rock of support at the service just a few weeks ago – days after allowing Harry and Meghan to leave the Royal Family and move to Canada part-time.

The royal source today pointed out how the Queen’s relationship with Prince Andrew had grown since the time he was a child, saying she had been able to devote more time to being a mother by the time he was born in 1960.

They added: “Her family noticed that she had become warmer, more relaxed, which wasnt always the case when she was bringing up Charles and Anne, who spent more time with their nannies than they did with their mother.

“Shes also very proud of how he conducted himself in the Navy, and his time spent at the Royal Naval College at Dartmouth (a special place for the Queen, as that is where she first fell in love with Prince Philip).

“And later, when he was serving on HMS Invincible, Andrew effectively became the royal familys very own war hero because of his bravery in the Falklands.

“The Queen felt a huge surge of maternal pride about how he conducted himself, putting his life on the line for his country.”

Prince Andrew last year insisted he was “willing to help if required” in the FBI probe into Epstein.

But in a dramatic press conference held outside the disgraced New York financier’s mansion, Geoffrey Berman, the US attorney for the Southern District of New York revealed the princes lack of cooperation.

He said: The Southern District of New York and the FBI have contacted Prince Andrews attorneys and requested to interview Prince Andrew, and to date, Prince Andrew has provided zero cooperation.

But the Queen – who once showed her pride in Prince Andrew by gifting him the Royal Lodge – has stood by her son.

And even the break up with Sarah Ferguson did not dim the Queen’s favouritism for Prince Andrew.

The source added: “As for the noise surrounding Andrews friendship with Jeffrey Epstein, she feels embarrassed on his behalf. No mother wants to hear stories about a sons sexual relationships with very young women.

“She feels particularly bad that Andrew has given up so much of the work, especially his charities and military roles, because he was carrying out those duties on her behalf – and doing them very well.

“She will always protect Andrew, and they often talk on the phone or when he is at Buckingham Palace, where he still has a flat.

“They speak far more with each other than Edward, Charles or Anne.”

The FBI’s accusations sparked fury from Epstein’s victims, with the lawyer who represents five of them saying Prince Andrew’s lack of cooperation was a “slap in the face”.

Meanwhile Sigrid McCawley, who represents Ms Roberts Giuffre, said: “Prince Andrew should take most seriously the deeply held belief in this country that no one is above the law.”

She added: “Prince Andrew’s continued refusal to cooperate with the authorities after freely acknowledging that he would be prepared to answer enquiries raises even more questions about the role he played in the international sex trafficking ring Jeffrey Epstein and others operated.”

You can buy a solid GOLD PS5 today – but you won’t believe the...