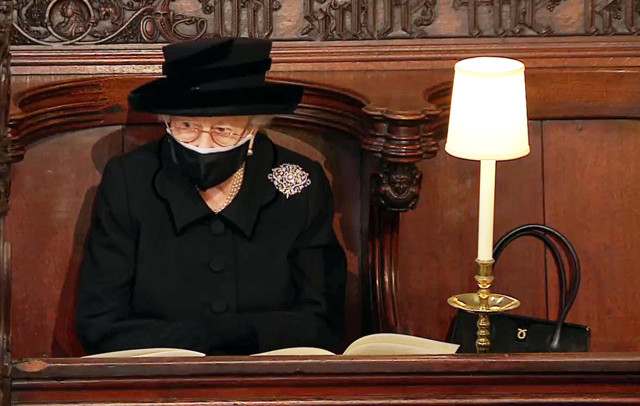 THE Queen faces her loneliest birthday as she celebrates her 95th with just a tiny “bubble” and no Prince Philip.

The monarch will mark her birthday on April 21, with only a tiny group of staff that make up her “bubble” in Windsor Castle. Prince Charles spoke to his two sons after the funeral Harry, left, and William, centre, spoke for two hours after the funeral

Plans to mark the day with a new portrait of her look set to be shelved as she is still in the official period of royal mourning for her devoted husband, whose funeral took place on Saturday, the Daily Mail reports.

Any plans that might have been organised in the run up to the big day will be overshadowed by the death of her husband after 73 years of marriage.

The Queen will likely be gladdened by the news that there are signs Prince Harry and Prince William are patching things up between them.

The princes met for two hours following Prince Philip’s funeral along with dad Charles for the first time since Harry and wife Meghan’s Oprah US TV interview threatened to tear the family apart.

The three met up away from the cameras following Saturday’s televised service. 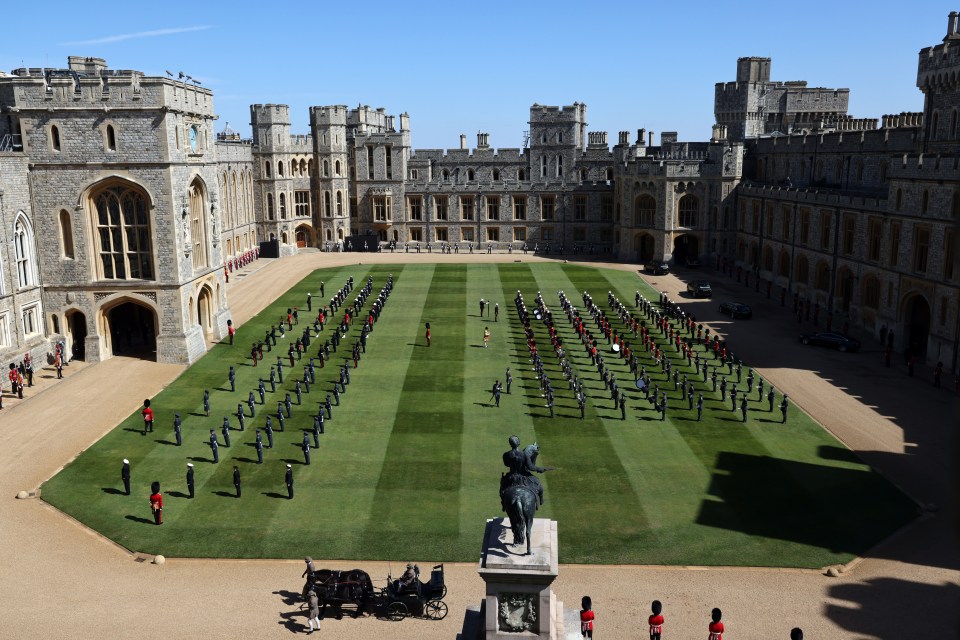 It sparked hopes that the devastating rift between the brothers could one day be healed.

Harry may now stay on for the Queen’s 95th birthday this Wednesday.

He has also said he will join his older brother for the unveiling of Princess Diana’s memorial statue at Kensington Palace.

Kate Middleton is thought to have acted as a ‘peacemaker’ between the brothers by speaking to Harry outside St George’s Chapel. William and Kate were pictured chatting with Harry after the service

William and Harry spoke to each other as they walked side by side away from St George’s Chapel after the funeral.

They talked for about four minutes — having been deliberately kept apart during the procession an hour earlier.

Royal biographer Penny Junor said: “This was minutes after the funeral and they were all grieving in their own ways.

“There might have been some greetings. And even that is a positive start.

“There is a lot to be unravelled here. This is a falling-out that has gone on for a long time. They need the time, space and the trust.

“Harry should stay for the Queen’s birthday as it is the least he can do for his grandmother and it gives him even more opportunity to talk to his father and his brother.”

The Queen was pictured yesterday driving her Jaguar to walk her two new corgi pups in grounds at nearby Frogmore House.

While official national mourning ended at 8am yesterday the Queen and her family will remain in mourning until Thursday, the day after her birthday.

There will be no gun salute to mark her birthday, the Ministry of Defence said last night.

Members of the royal family are said to have devised a rota to visit the Queen in the run up to her birthday, a plan which was drawn up by senior female members of the family. The royals walk behind the coffin Her Majesty has never ruled without Philip at her side

Coronation Street’s Shona will be ‘distressed and cold to David’ as she wakes from...