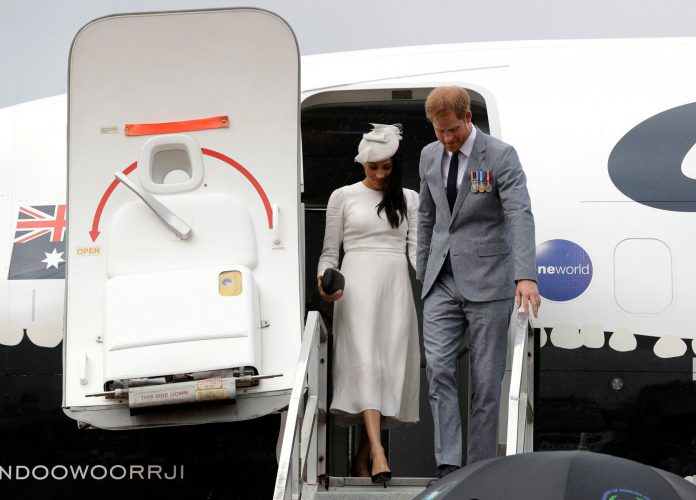 BUCKINGHAM Palace have advertised for a new travel chief to ensure the Queen and other royals use efficient and cost effective flights.

The role vacancy – which will have a 85,000-a-year salary – comes in the wake of the storm over Harry and Meghan using private jets.

The Queen is on the lookout for a new travel chief

Whoever nabs the role will manage the taxpayer-funded royal travel for the Royal Household.

The outgoing Director of Royal Travel currently manages flights and trains for the whole family, including the Duke and Duchess of Sussex and the Queen.

The pair were slammed earlier this year for chartering six private planes despite claiming to use commercial travel on the regular.

The storm came as Harry launched an eco-tourism project in Amsterdam, arguing he always ensured his travel was carbon neutral.

Critics were quick to point out that travelling via private jet leaves a huge carbon footprint.

The Department for Business, Energy and Industrial Strategy says 2.52kg of carbon dioxide is emitted for every litre of aviation turbine fuel burned.
Harry defended his use of private jets, saying he needed to ensure that his family is safe. The Director of Royal Travel will organise air travel as well managing and scheduling the Royal Train trips which have previously cost the taxpayer tens of thousands of pounds.

However, the crucial part of the role is to researching and negotiating value for money contracts and options for travel.

A source said it will be an essential part of the role after recent royal accounts revealed that they spent 4.6millon last year on travel alone.

The royals spent almost 200,000 on private jets to take them to and from their homes in Scotland, one of which cost 28,911 to fly to Birkhall in the Highlands and back again.

The job advert posted today reads: This role is critical to ensuring that the Royal Household operates and purchases safe, efficient, cost effective and appropriate travel services for the official duties of Members of the Royal Family and their Households.

As Director of Royal Travel, you will have overall responsibility for organising air travel and overseeing the operations of The Queens Helicopter Flight and usage of scheduled train services and the Royal Train.

You will also liaise with the relevant authorities to provide advice and recommendations on travel, taking into account security, safety and environmental considerations.

Leading a small team in the Royal Travel office, and The Queens Helicopter Flight, based at Odiham, you will provide logistic support to the Royal Household including support of Court moves, State Visits and the provision of the staff travel service in support of all Households.

You will be required to ensure planning and procedures are highly effective, researching and negotiating value for money contracts and options for travel, while understanding and recommending best industry practice in risk and safety management.

Buckingham Palace said the current Director of Royal travel will be retiring, adding that they couldn’t comment on how the new Director’s role will be carried out.

The royals spent almost 200,000 on private jets to take them to and from their homes in Scotland

Whoever nabs the role will oversee travel for the Royal Household

Full list of food chains taking part in Eat Out to Help Out scheme...

Who is Harvey Proctor and how much compensation did he receive from the Met?