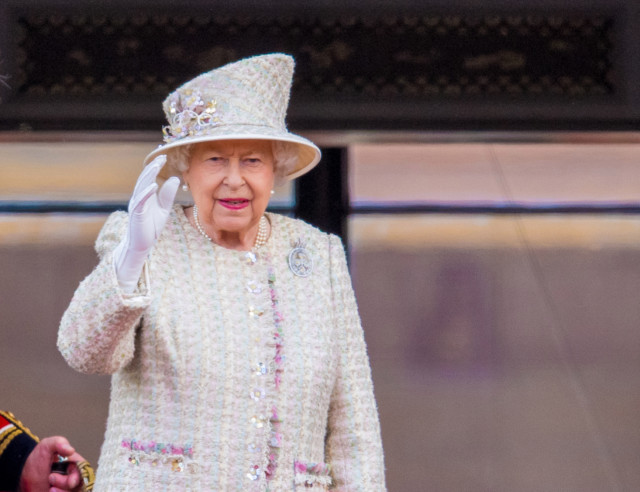 A SKELETON guard and marching band will mark the Queen’s birthday today in a stripped-down Trooping the Colour.

The ceremony will be shifted to Windsor Castle for the first time in 125 years after the coronavirus pandemic forced a change. Instead, fewer than 100 Welsh Guards will take part in a private parade set to last just 20 minutes on the quadrangle.

LCpl Siwale, 29, from Zambia, said: “It is a huge privilege. “Only four weeks ago I was testing key workers as part of the contribution to the battle against the virus. Now I am on parade performing in front of Her Majesty.”

Trooping the Colour has marked the monarch’s official birthday since 1748.

The Queen, who was 94 in April, is in lockdown at Windsor. The last time the ceremony was held there was on Queen Victoria’s 76th birthday in 1895. More than 1,700 troops and 400 musicians traditionally perform at London’s Horse Guards Parade in front of crowd Did you miss our previous article…
https://www.hellofaread.com/royal/meghan-markles-bff-jessica-mulroney-booted-from-abcs-good-morning-america-gig-after-threat-to-sue-black-influencer/

Coronation Street fans demand to know where missing character is – after three month...

Jonathan Ross’s appearance distracts Masked Dancer viewers – but can you spot why?