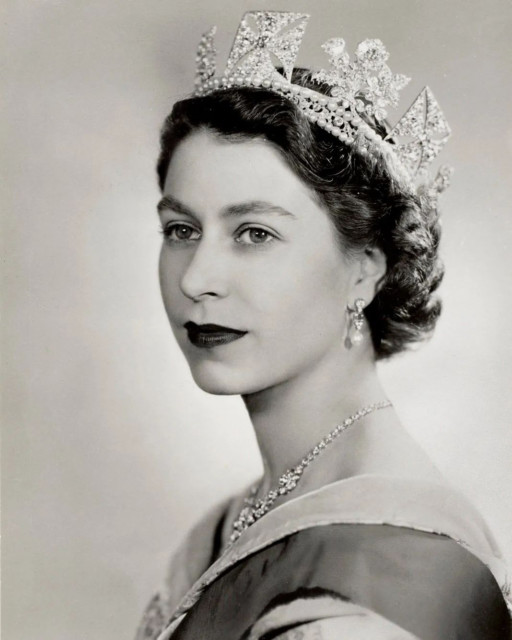 TODAY marks 70 days until the Queen’s Platinum Jubilee celebration week, which is taking place in June.

In honour of the momentous occasion, the royal family has shared the Queen’s first ever official photograph, which was taken almost 70 years ago.

The Queen’s first official photograph – taken in 1952 – has been shared on the royal family’s Instagram page today to mark the countdown to her Platinum Jubilee celebrationsIn June, Britain will enjoy a four-day bank holiday to celebrate the Queen’s 70-year reign

The caption read: “1952: Just twenty days after The Queen’s Accession to the throne, Her Majesty sat for her first official photograph.

“Over the next 70 days, as we countdown to the #PlatinumJubilee Celebration Weekend, we’ll be sharing an image a day of The Queen – each representing a year of Her Majesty’s 70-year long reign.”

The post also shared a bit of background behind the portrait, and revealed it was taken by Dorothy Wilding to be used for new coins, banknotes and stamps.

More on the Queen The caption continued: “In 1952, rationing was still in place in the UK for certain commodities following World War Two.

“Tea rationing ended in this year, though rationing did not end completely until 1954.”

Brits will be treated to a four-day weekend in June to mark the Queen’s Platinum Jubilee, the Government has confirmed.

The May Bank Holiday Weekend – which usually falls at the end of the month – will be moved to Thursday June 2 for Her Majesty’s 70th year on the throne.

The weekend will then be extended with an extra day off on Friday June 3.

And a packed schedule of events is set to “reflect on the monarch’s reign, and her impact on the UK and the world since 1952”. Her Majesty’s George IV diadem, which dates back to 1821, has 1,333 diamonds and was resized in 1902 by Queen Alexandra, who took out 11 diamonds so it would fit her smaller head.

It has been passed down through numerous generations of the monarchy and is only worn for official occasions, such as the State Opening.

The diadem features four crosses which alternate with bouquets that represent different parts of the UK; shamrocks, thistles and roses. UK lockdown to be reviewed in days by Cabinet as a whole, Michael Gove...

You can get FOUR free games for Xbox One and new Xbox Series X...

Will Jeremy Corbyn resign after the election and who could replace him?