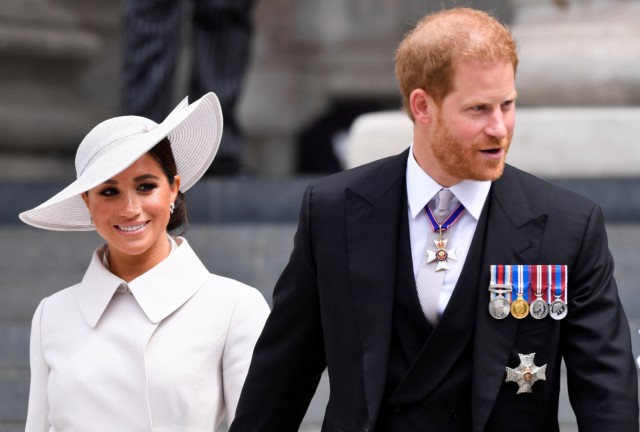 PRINCE Harry will be “completely bald” by the time he is 40, a top hair transplant surgeon said.

Dr Manish Mittal says a rapidly-receding Duke of Sussex will need to act fast if he wants to halt or reverse hair loss.

Receding Prince Harry will be completely BALD by age 40, a top hair transplant surgeon claims
Prince Harry had a much thicker head of hair when pictured in 2011 alongside Pippa Middleton

He said Harry, 37, can either embrace his baldness like brother William, 40, and dad Charles, 73, get a transplant, or get fitted for a wig.

Dr Mittal said: “At the speed it’s receding, it is likely that Harry will be completely bald in two years, certainly by the time he’s 40.”

He said that if Harry wanted hair surgery he would need to take hair-loss stabilising medication before two ops placing around 2,000 individual hair grafts, 18 months apart.

Did you miss our previous article…
https://www.hellofaread.com/royal/f1-fans-are-all-saying-same-thing-after-national-anthem-is-played-before-british-grand-prix/

Prince William asked his uncle to stop Harry from rushing into marriage with Meghan,...

Emmerdale: Kim Tate’s revenge explained as she fakes her own death