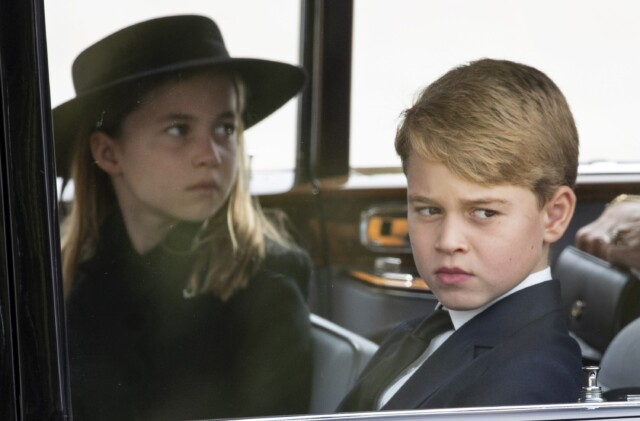 EVERY parent has their own techniques to help keep their children’s’ behaviour in check.

And despite being royalty, it turns out Kate Middleton and Prince William are no different to the rest of us.

Prince George (pictured) has to do chores around the home in return for rewards, according to a royal expert

The royal couple, both 40, ask their children to do chores around the home in return for rewards, according to a royal expert.

“I’d imagine they’ll have all the children doing chores like laying the table for dinner in return for pocket money or rewards like screen time,” Katie Nicholl told OK! magazine.

The couple, who are now known as the Prince and Princess of Wales, have since returned back to royal duties following the death of William’s grandmother, Queen Elizabeth II.

They have most recently visited St Thomas Church in Swansea, which supports people in the local area and across the city and county of Swansea.

And according to the expert, Prince William and Kate have totally mastered the “royal juggle.”

“They try to schedule royal engagements as much as they can around George and Charlotte’s schedules – football practice and gymnastics clubs and playdates with cheesy pasta,” she explained.

“They try to do the school run as much as possible. Yes, they have a nanny and a housekeeper, but it’s Kate preparing tea most days.

“She really is completely hands-on.”

Did you miss our previous article…
https://hellofaread.com/royal/meghan-markle-blasts-austin-powers-and-kill-bill-for-presenting-asian-women-as-over-sexualised-in-hollywood/

Brits to stump up for £16m revamp of EU Parliament — even though we’ve...