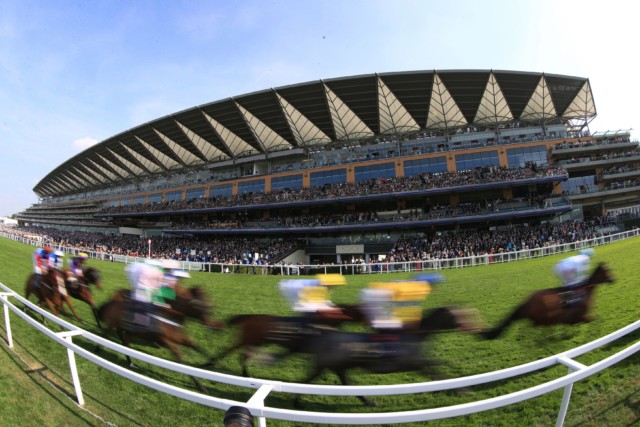 IT’S day two of Royal Ascot and the top-class action keeps on coming.

The Group 1 Prince Of Wales’s Stakes is the feature on a mouthwatering card, and our man Jack Keene has taken a close look with his race-by-race preview.

There should be a fairly even spread of pace on here, and a strong gallop could tee things up nicely for the well-fancied OUZO.

He really caught the eye when second on reappearance, swooping in impressive style from off the pace to lead inside the final furlong, only to be picked off by one of Andrew Balding’s.

The four-year-old will need to be delivered late as he doesn’t look to find a great deal when hitting the front, but he looks well-treated off 91.

The lighty-raced Maydanny was an impressive winner on his reappearance at Yarmouth. This demands another step forward off 10lb higher but he is totally unexposed.

Sir Busker could yet have more to offer in big field handicaps and a 4lb rise might not stop him following up on his cosy Newcastle win.

Red Bond ran a cracker on reappearance and that should have blown away the cobwebs. He has an each-way shot, as do distant droppers Alternative Fact and Sucellus.

Not the deepest renewal of this race and a good chance for the classy JUAN ELCANO to get his head back in front.

He raced on the favoured part of the track in the 2000 Guineas 11 days ago, but he galloped on bravely to finish fifth, beaten four lengths, when he looked like being swallowed up 3f out.

The son of Frankel will relish this longer trip and he could prove tough to peg back under Andrea Atzeni.

You can put a line through Kenzai Warrior’s Guineas flop as he pitched badly coming out of the gates and never stood any chance from that point onwards.

He is another who will appreciate this longer trip and he should make his presence felt, for all he has a 3lb penalty and would ideally like some rain.

Russian Emperor was a tad unlucky not to win on his reappearance as he narrowly failed to catch a well-ridden stablemate last week.

He should have more to offer, while Berlin Tango showed improved form for his red-hot stable at Kempton last time so has to enter calculations. The form of that race was boosted by Pyledriver on Tuesday.

It will be interesting to see what First Receiver can do. The bare form of his runaway Kempton win is nothing to write home about but Sir Michael Stoute has started the season in great form.

KIPPS travelled like a well-handicapped horse when second at Haydock last time out.

He cruised into contention but was mugged on the line having probably hit the front a shade early. The extra 2f here should suit.

Bright Melody also looks sure to appreciate the longer trip having finished a never-nearer third in the Classic Trial at Kempton. That form (behind Berlin Tango) will be advertised in the Hampton Court, but he is definitely one to note in first-time cheekpieces.

Bodyline defied a market drift to run a good race on his comeback at Yarmouth and he skipped an easier assignment at Goodwood on Sunday to run here.

Arthurian Fable was narrowly denied on his comeback at Newmarket and is shortlist material, as are Convict and To Nathaniel.

A fascinating race in prospect, despite the small field.

Addeybb did his connections proud Down Under earlier this year, winning a pair of Group 1s.

But he relishes soft ground so will need a few thunderstorms to hit Ascot if he is to stand a chance. If showers materialise and the going eases, he would be a major contender.

As things stands, JAPAN looks the likeliest winner, and he did nothing but improve throughout last season for Aidan O’Brien.

He was a wide-margin winner of the King Edward at this meeting 12 months ago but showed he had enough speed to cope with the drop to 1m2f when beating Crystal Ocean in a ding-dong battle at York.

His all-conquering stable have started the season in flying form and he will likely have more to offer as as four-year-old.

It will be interesting to see how high Headman can climb this season, and he was far from disgraced in the Irish Champion Stakes when last sighted.

He has plenty of untapped potential and isn’t opposed lightly, while Lord North continues to go from strength to strength and is well worth a crack in Group 1 company. It is interesting, though, that Frankie Dettori has chosen to ride the smart filly Mehdaayih, who receives a handy 3lb.

Barney Roy was 2-2 in Dubai during the winter but on balance he could prove vulnerable for win purposes against some up-and-coming types, while Bangkok was thrashed by Japan last summer and has it all to do.

As ever there are plenty in with chances in this historic race.

Lord Tennyson will likely prove very popular for his powerful connections, and he was a solid second in Listed company on his return.

But this is a big ask for such an inexperienced horse and it could pay to side with a runner who has been there and done it in AFAAK.

He was a narrow winner of this contest last year, narrowly denying Clon Coulis in a driving finish. He goes well fresh and essentially lines up off the same mark thanks to Cieren Fallon’s 3lb claim.

Sheikh Hamdan is very well represented here, and the five-timer-seeking Alrajaa is the pick of Jim Crowley. A mark of 109 looks pretty steep, though, so runaway Newmarket winner Montatham looks a likelier threat to the selection.

Qaysar ran an extraordinary race on his comeback and has the ability to play a part in the finish, provided his doesn’t tail himself off in the early part of the race again.

The trip is probably short of ideal for Fox Premier, but he was second in a red-hot Glorious Goodwood handicap when last sighted and he is a horse of huge ability.

Kynren and Raising Sand are regulars in this type of contest, but there is a suspicion that they may be handicapped out of things right now, while a quick turnaround is a worry for the fragile Bell Rock.

Baltic Baron is one of those who needs everything to drop right, but he isn’t on a bad mark, gets first-time pieces and should get a strong pace to aim at. He’s one to keep an eye on at a big price.

This race is a tough one for punters at the best of times, let alone with barely any form to go on.

But Wesley Ward’s SHERIFF BIANCO ran with plenty of promise to finish second on his debut at Churchill Downs and is worth a few quid.

He had to race wide throughout but did well to stick on for a place, and he is preferred to stable companion Sunshine City, who led late to win on debut at Gulfstream.

Aidan O’Brien took this race last season with Southern Hills and his Chief Little Hawk won cosily on debut at Navan last week. He is a likely contender.

Impressive Lingfield winner Mighty Ghurka has speed to burn and will have no issue dropping back to 5f here. He is a definite player, for all he probably didn’t beat much on debut.

Newcastle pair Muker and Fools Rush In are pretty sharp and have place claims at long odds.

A new race for punters to get stuck into.

RANCH HAND was a ready winner of a big 1m6f handicap at Haydock last season and didn’t appear to get home in the Cesarewitch.

He remains unexposed as a stayer and a mark of 99 could yet prove workable, while his yard remain in red-hot form.

Collide defied top-weight to win a good race at Chelmsford last week. He concedes weight all round again here, but he has got his act together now and ran well at this meeting last season.

Talking of horses who have previous at Royal Ascot, Fujaira Prince has been off since finishing a fine third off this mark in the Duke Of Edinburgh 12 months ago. If he is ready to roll he should go close.

Almania has proven a little disappointing since a promising start to his career, but there is an engine in there somewhere and a change of yard may just perk him up.

He is feared, while Selino bolted up over 2m at Wolves last time and is a stayer on the up. Woman desperate to look like Jac Jossa spends £60 on her coat but it...