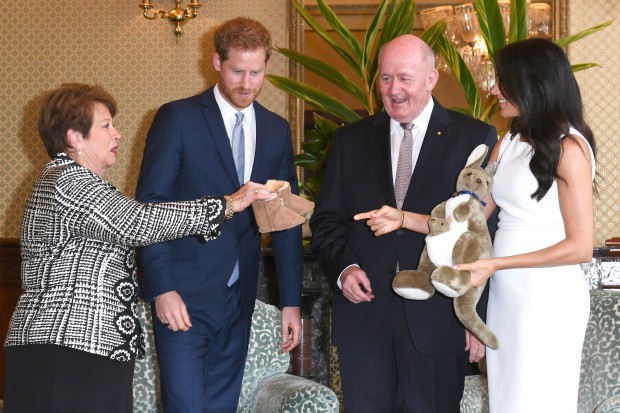 ANT to stay up to date with the Royal Family, the Queen and the Sussexes and Cambridges?

Weve compiled all of the latest news from theBritish monarchyfrom public appearances, royal tours and everything in between.

So what is the famous family up to today?

Kate Middletontold royal fans that she wasn’t so certain of her outfit choice, when she joined the Royals’ Christmas service at Sandringham.

The mum-of-three opted for a long grey faux-fur lined coat
by British designer Catherine Walker which she paired with a green suede hat
and matching heels.

But while fans couldn’t get even of the co-ordinating outfits, the Duchess of Cambridgeadmitted that she’d had second thoughts about her thick wintercoat.

Royal fan Karen Anvil told theMetro: “Kate was talking to my daughter about clothes and how she was feeling too hot, she said ‘I really shouldn’t have worn this!’”

Prince
Harry and Meghan Markle shared a photo of baby Archie all wrapped up in
a bobble hat, brown cord jacket and the cosy boots as he cuddled his Dad.

The photo – which is thought to have been taken in Vancouver
where the family are spending the Christmas break showed Archie dressed in baby
Ugg boots.

Just hours after the Duchess of Sussexs pregnancy was
announced, the 38-year-old met with Australia’s
Governor General Sir Peter Cosgrove and his wife Lynne who gave Meghan and
Harry a toy kangaroo and a pair of baby Uggs to say congratulations.

At the time, Meghan was delighted with the soft toy and
revealed it was the first present they’d received while Harry beamed as he held
the “awesome” Uggs.

And now just over a year later, baby Archie is finally old enough to wear the snug fur-lined boots.

The Duke and Duchess of Sussex “couldn’t
help” but spoil their seven-month-old
son over Christmas.

According to US
Weekly, Meghan and Prince Harry gave “confident” baby Archie whos becoming quite a “social butterfly – some “books, building
blocks and a ball pit” for Christmas.

A source said: “Archie is the centre of Meghan and
Harry’s world and they can’t help it.

“For Christmas, they bought him books, building blocks and a baby ball bit. It’s not all about extravagant gifts for them.”

The Queen loves kippers
for breakfast after becoming fond of them during the war, royal author claims

The monarch is said to be a fan of the fish – despite it being knownfor its strong aroma – and even has it for her dinner as well.

The Queens
divisive dish was revealed in the book, Dinner at Buckingham Palace, based on
the diaries of royal servant Charles Oliver, Hello reported.

The author claims a young Princess Elizabeth got her first
taste of kippers when she and her sister, Princess Margaret, were wandering
around the palace.

The young princesses were intrigued by a compelling aroma, and followed it until they found themselves outside the palace kitchens, where housekeeper, Mrs Alice Bruce, gave them some kippers and taught them how to cook the fish.

As a result the 93-year-old “has been partial to kippers since the war years”, with the dish making it onto her regular menu choices.

Plus he and Zara Tindall danced and partied with Rebel Wilson as they celebrated New Year in Sydney.

We shared the most expensive weddings of the decade revealed and even Prince Harry and Meghan Markles has been outdone.

Election Ordinary Brits back the Tories more than Labour as working classes send...