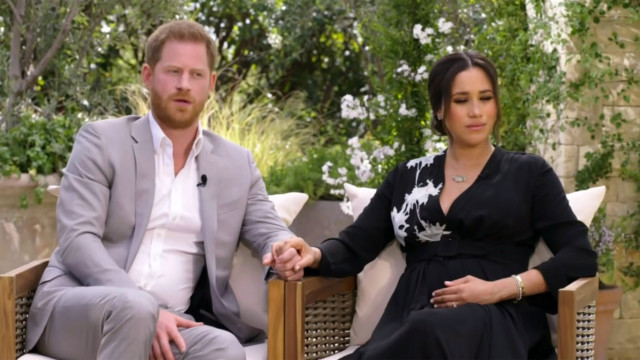 THE ROYAL family have “more important things to worry about” than Meghan Markle & Prince Harry’s tell-all interview with Oprah, according to royal aides. Philip has been in hospital for a fortnight being treated for an infection.

Senior royal sources told HOAR the family was “pretty appalled” by the idea of the recorded chat with Oprah Winfrey being broadcast while Philip lies in hospital.

Now Buckingham Palace aides have told The Telegraph that the family’s focus is solely on the poorly Duke.

One said: “The family is very worried about him and their thoughts are very much with him rather than this Oprah interview. They have much more important things to worry about.”

While another senior aide said: “This programme is really not something we are focusing on at the moment.”

Philip has been in hospital for a fortnight being treated for an infection.

He was moved to St Bartholomew’s, London, for testing and observation for a pre-existing heart condition, Buckingham Palace said.

Harry and Meghan looked sombre in photos taken before their Oprah clips surfaced. Oprah said the couple had revealed ‘some pretty shocking things’ Royal watchers called for the interview to be shelved until he is out of danger.

A senior royal source asked: “Why are they doing it?”

Oprah said the couple had revealed “some pretty shocking things” – some of which seemed “almost unsurvivable”.

The famous talk-show host also wanted to make it “clear to everybody there is no subject that is off limits”.

The “primetime special” with Meghan and Harry was initially set to last 90 minutes, but CBS have now reportedly extended that to two hours.

And she only learned of it when US TV network CBS hurriedly issued a statement on Monday – after a producer working for Ms Winfrey mistakenly alerted ITV of the plans.

Boris to face dramatic PMQs showdown TODAY as he breaks cover amid No 10...

Hollyoaks spoilers for next week – Edward plays a sick game and Charlie turns...

Emmerdale’s Samantha Giles reveals why she was forced to wear a wig for Bernice...