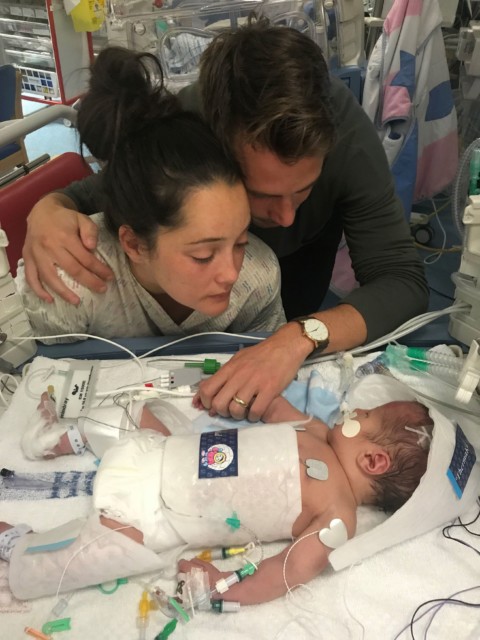 A SCANDAL-hit NHS trust has been charged over the death of a baby, in the first such prosecution. Harry’s teacher parents welcomed the decision and hope his death will spark change.

Sarah, 32, said: “It’s monumental. We wanted people to be held accountable for what happened and for some justification.

“I now feel like we have got answers from the inquest and I feel like we are being heard — and that Harry didn’t die for no reason.”

Dad Tom, also 32, added: “Harry lived for only seven days but, ultimately, we wanted those seven days to make a difference on the world.”

The Healthcare Safety Investigation Branch has been probing the East Kent Hospitals Trust since July 2018 following a series of baby deaths.

An independent report, published in April, outlined 24 maternity issues since July 2018, including the deaths of three babies and two mothers. An inquest had found the death at Queen Elizabeth The Queen Mother Hospital in Margate, Kent, in November 2017 was ‘wholly avoidable’ Susan Acott, the Trust’s boss, said: “We are deeply sorry and apologise unreservedly for our failure to provide safe care, resulting in the death of Harry.

“We recognise the mistakes and that Harry’s family was not given the support and answers they needed at the time.”

Did you miss our previous article…
https://www.hellofaread.com/royal/queens-birthday-honours-list-2020-when-are-awards-handed-out/

When does Eat Out to Help Out end? All the restaurant discounts you can...

Missoma Black Friday Deals 2019: What to expect from the sale this year

3 major Covid rule changes TOMORROW – everything you need to know