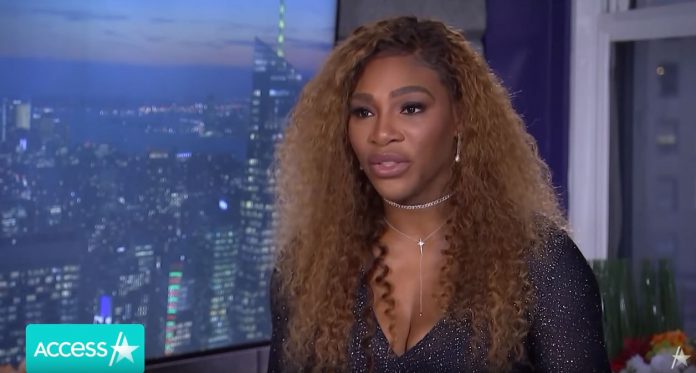 SERENA Williams has revealed that Meghan Markle secretly brought baby Archie to New York to cheer on her friend in the US Open final this summer.

The revelation came as part of an interview where the 23-time major tennis champion also declared the Duchess of Sussex “the strongest person I know.”

Speaking to Access Hollywood, Serena, 38, said: “I just really think she’s the strongest, literally the strongest person I know and the nicest, sweetest.

“It kinda goes to show you what an amazing person that she is and that’s just one of the many things that she does for me.

It was initially thought that Meghan, 38, had traveled alone, but Serena’s revelation explained the whirlwind trip the royal made back in September.

At the time, Meghan was facing criticism for catching four private jets in under two weeks a month earlier.

But a spokeswoman for the Duchess of Sussex confirmed Meghan’s flight to New York was a commercial flight, not using a private jet.

The duchess also reportedly stayed in a private residence, rather than opting for a swanky suite she had used when visiting New York in February.

Having been pictured at the final – which Serena lost to 19-year-old Canadian Bianca Andreescu Meghan reportedly spent the rest of her time in the city catching up with 0ld friends.

The duchess and tennis ace became pals after meeting at a Super Bowl party in 2010 and have kept in close contact ever since.

Explaining their bond, Serena said: “I call her, text her anytime, crying, upset she’s always there.

“Doesn’t matter what she’s going through, she just sets time away and she’s just so amazing.”

As part of her interview, the tennis star also spoke of the pressures her friend is facing, after Meghan recently revealed she had been struggling to adapt to royal life.

Serena said: “I’m not sure that many people can relate on that level I don’t think I can.”

After becoming Prince Harry’s girlfriend, Meghan reportedly turned to Serena for advice on how to handle the paparazzi and international media.

Serena herself is also a mother, having welcomed daughter Alexis Olympia Ohanian Jr. with husband and Reddit co-founder Alexis Ohanian in 2017.

It had initially been thought that Archie had remained at home, but Serena revealed that he was present on the New York trip

EastEnders’ Honey Mitchell and Jay Brown to fall for each other say fans after...

Grandparents and gamers team up in a new TV show