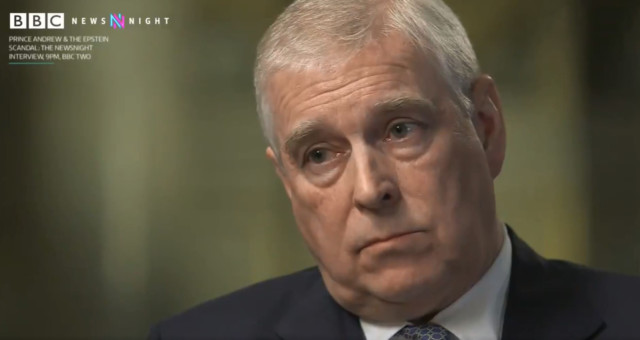 The Duke of York has insisted he has no recollection of meeting Virginia, who alleges he raped her when she was 17.

Seven questions about Prince Andrew will now never be answered

Their settlement means we will never know what a witness who claimed they saw them dancing together knows, whether Andrew did have ‘sex’ in a bath with Virginia or if the Prince really was at Pizza Express in Woking when they allegedly had sex.

What does the nightclub witness who claims she saw Andrew dancing with Virginia in London know?

A woman claimed she saw Andrew dancing with Virginia at Tramp nightclub in London.

She is said to have approached US lawyer Lisa Bloom, who represents several Epstein victims, with the claims.

Ms Bloom previously told HOAR: “She says that in 2001 she was at the Tramp nightclub and recalls seeing Prince Andrew.

“It was pointed out to her by a member of her group.

“The woman remembers it vividly. She had never seen a royal before or since. It was a very big moment for her — she stared at him.

“She says he was with Virginia — who looked very young and not happy — but Andrew was smiling and seemed to be very much enjoying himself on the dancefloor.”

Virginia Roberts, who claims to have danced with Andrew in Tramp nightclub

Did Andrew have ‘sex’ in a bath with Virginia?

Virginia has claimed she romped with Andrew in a bath when she was 17, after a night where he had allegedly been plying her with vodka at a London club.

Maxwell had previously said her bath was “too small” for sex.

In a manuscript, Virginia claimed: “It was a beige marble tiled floor with porcelain Victorian-style bathtub in the middle of the room and nowhere near the size of Jeffrey’s residences.”

She added: “I turned on the taps for the tub and the heat from the water began to steam up the small room.

“Trying to do the best of my youthfulness to try and act seductive, I gradually began to strip off my clothing, piece by piece.

“He loved every second of it as I went over to where he was waiting and watching, then began to undress him.

“We kissed and touched each other before submersing into the hot water, where we both continued to re-enact foreplay.”

She said the pair then “retired to my bedchambers for the longest ten minutes of my life”.

Is the photo showing Andrew and Virginia together real?

A now infamous photo appears to show Andrew with his hand around Virginia’s waist in 2001.

Virginia was 17 when the photo was said to be taken at sex trafficker Ghislaine Maxwell’s mews house in Belgravia, Central London.

Maxwell is seen smiling in the background of the photo, allegedly taken by the paedophile financier Jeffrey Epstein.

But Prince Andrew claimed in his car crash Newsnight interview that the photo could have been doctored.

He said he had no memory of going upstairs in Maxwell’s house and said the clothes he was wearing in the picture are his “travelling clothes”. Epstein’s former personal assistant Johanna Sjoberg has claimed the Duke groped her breast when she was 21 years old while she sat on a sofa with him and Virginia.

Court documents revealed Andrew allegedly touched the Florida hairdresser, 41, as they posed for a picture.

In her testimony in 2016, she said Andrew and Virginia were sat on a couch with a Spitting Image puppet on her lap.

She said: “And so then I sat on Andrew’s lap – and I believe on my own volition – and they took the puppet’s hands and put it on Virginia’s breast, and so Andrew put his on mine.”

Ms Sjoberg alleged the incident happened at the New York home of his deceased paedo pal Epstein, according to court papers. Virginia’s lawyers secured the testimony of Steve Scully, who worked for Epstein.

The paedophile’s former handyman has claimed he saw the Duke sexually assaulting Virginia.

Telecoms specialist Scully revealed he saw the Duke of York on Epstein’s “Paedo Island” to 7News in the documentary Spotlight: Sex, Lies and Videotape.

The 71-year-old insisted he saw the prince on Epstein’s private island and even spoke to him while he was with Virginia.

In an audio recording of Scully he claims: “He [Prince Andrew] removed her bathing suit top and then started grinding against her and grabbing her a**.

“They were kissing as well. Virginia was standing there, she kinda looked like she was like a deer caught in the headlights of the car.”

Scully said they were “bumping and grinding” for several minutes before lying on lounge chairs by the pool.

He previously told HOAR he was willing to give evidence in court.

What is hidden in the ‘secret documents’ on Epstein and Ghislaine Maxwell?

Virginia Giuffre’s lawyers were demanding court documents from when she sued Ghislaine Maxwell for defamation be released.

The papers relate to information about Maxwell and Epstein.

Virginia’s lawyer Sigrid McCawley wrote to Judge Lauren Preska: Now that Maxwell’s criminal trial has come and gone, there is little reason to retain protection over the vast swaths of information about Epstein and Maxwell’s sex-trafficking operation that were originally filed under seal in this case.”

The material relates to eight anonymous individuals, all named ‘John Doe’ followed by a number to protect their identity.

The papers could have shed more light on Prince Andrew’s friendship with Maxwell and Epstein, although it is unclear if he was identified in them.

At least two of the men have demanded the documents remain under wraps with one saying association with the case “would cause him annoyance and embarrassment”.

But in her letter to the judge, Ms McCawley argued that a “generalized aversion to embarrassment and negativity” was no reason for the documents to remain sealed.

Was Andrew really at Pizza Express with daughter Beatrice on day he allegedly had sex with Virginia?

Andrew told Newsnight’s Emily Maitlis he was at a Pizza Express in Woking, Surrey, for daughter Princess Beatrice’s birthday when he allegedly had sex with Virginia.

But Princess Beatrice said she has “absolutely no recollection” of the alleged party in March 2001.

The  Daily Mail reported the family who hosted the now infamous party cannot recall what happened and have no pictures.

The paper also claimed that housekeepers at his Sunninghill Park home “can’t remember” his movements.

It was also claimed Andrew had a home manicure booked for the afternoon he claimed he dropped Beatrice at the restaurant in Woking, a family diary says.

Housekeepers at Andrew’s home “can’t remember” his movements, it was claimed. Pizza Express in Woking, which Andrew said he was at the night he allegedly had sex with Virginia Tone-deaf ministers to announce plans to hike gas bills by £159 despite soaring energy...

Work from home and vaccine passports to be DROPPED in just nine days but...

Made in Chelsea star James Taylor blasted after boasting he ‘sold his PS5 for...

EastEnders’ Danny Dyer reveals whether he’ll ever come back to the soap and gives...

Inside Martine McCutcheon’s secret life – from real name and huge weight loss to...