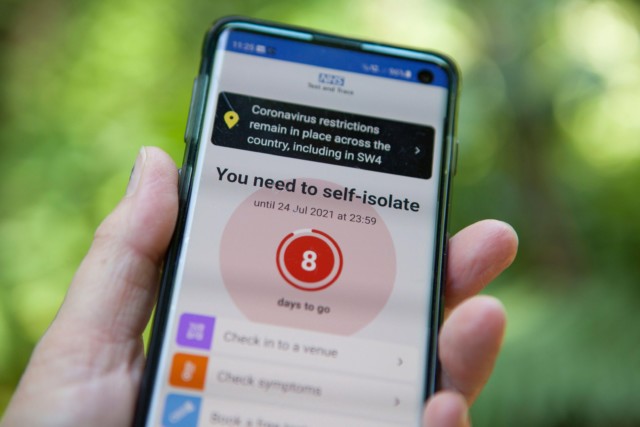 SOLDIERS and sailors have been ordered to turn off their Test and Trace apps as a record 5,200 personnel are self-isolating.

A record 5,200 soldiers and sailors have been pinged by the app and are self-isolating

Units including the Queen’s elite bodyguard and HMS Westminster, a Type 23 frigate, were told to stop using the app as it threatened to decimate the armed forces.

Commanders in the Household Cavalry, Prince William and Harry’s old unit, lost faith in the contact tracing app as troops were getting pinged through walls in barracks blocks.

“A guy could be isolating in his room and if you’re in the nextdoor room, on the floor above, or just having a smoke outside you can get pinged for being in contact,” a source said.

“So many people have been pinged for nothing.

“Some guys used it as a way to get out of work.

“The senior officers made a call to tell people to turn it off, while they were at work, to try and keep their units going.”

Armed Forces Minister James Heappey said 5,200 regular and reserve personnel were “absent from work” on July 1 because of Covid-19 isolation.

It is more than triple the number of people who were too sick or injured to fight and left the military on medical grounds last year.

Tobias Ellwood MP, chair of the defence select committee, said national security could be put at risk if the number of troops off work rose to one in ten.

The latest MoD figures showed that a quarter of the Armed Forces have not received a vaccine.

But even units which are all double jabbed – including the 3,700 crew of the carrier strike group – have been hit with major virus oubtbreaks.

Hundreds of people across four Navy warships tested positive for Covid after sailors went boozing during port calls in the Med.

But none of them needed sick bay admission, defence sources said.

Did you miss our previous article…
https://www.hellofaread.com/royal/sarah-ferguson-wrote-to-producers-of-the-crown-offering-to-provide-royal-expertise-but-they-turned-her-down/

I’m A Celebrity’s Matt Hancock to ‘face every Bushtucker Trial’ according to bombshell new...