SOPHIE Wessex and Prince Edward captured the grief of a nation in a touching moment at Queen Elizabeth II’s funeral on Monday.

The couple were seen sitting in Westminster Abbey for the state funeral, and became overcome with emotion as the ceremony continued.

Prince Edward, the Earl of Wessex, and wife Sophie, the Countess of Wessex, were overcome with emotion during Queen Elizabeth II’s funeral on Monday 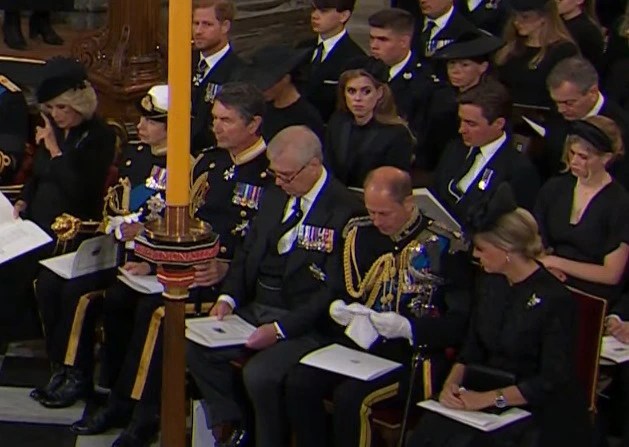 They both appeared incredibly emotional as the funeral took place

As Edward – the youngest child of the Queen and Prince Philip – struggled to hold back his tears, his wife got out a tissue and handed it to him.

He was then seen blowing his nose on the tissue, before handing it back to Sophie, who then put it back into her bag.

Sophie was also seen wiping her own eyes with a tissue.

People took to social media to weigh in on the emotional moment, with one tweeting: “Prince Edward blowing his nose and Sophie putting the tissue in her purse is the most mum and dad thing I’ve ever seen these people do.”

“Edward and Sophie reaching for the Kleenex,” another wrote, alongside a heartbroken emoji.

“Yes, hello, Edward and Sophie crying is killing me,” someone else commented.

While another added: “Just want to give Edward and Sophie a cuddle, they are such good souls.”

“Edward and Sophie crying is making me feel all the feels,” someone else tweeted.

“I’ve been fine until I just saw Edward and Sophie both wipe a tear, that’s me done now,” another wrote.

As someone else added: “I really felt for Edward and Sophie earlier they were both visibly crying and they aren’t even allowed to comfort each other because of protocol.”

“Imagine trying to hold it in all week and everything being so public. 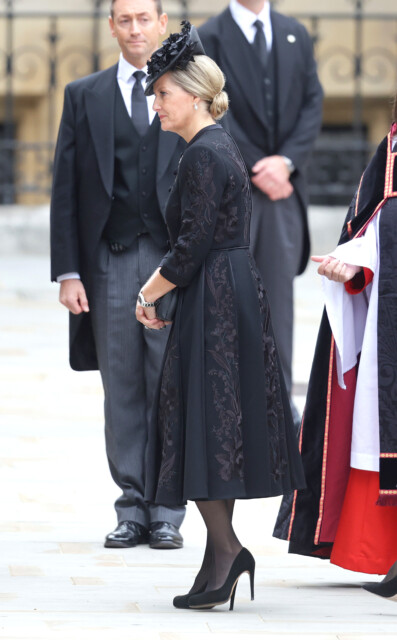 The Countess as she arrived at Westminster Abbey for the funeral 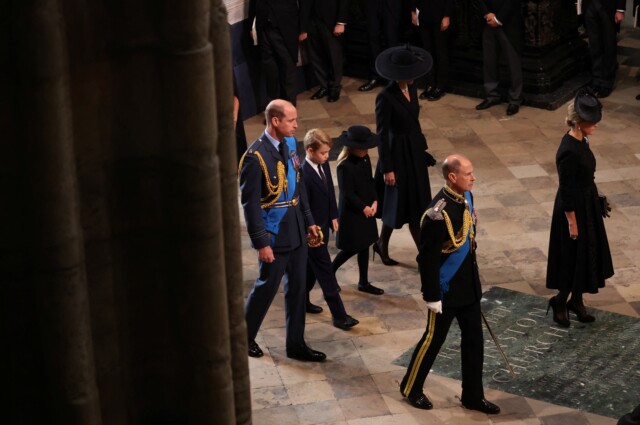 She was seen walking alongside her husband into the abbey, behind the Queen’s coffin

Why Kate Middleton really is the thriftiest royal, from budget flights to being snapped...