PRINCESS Charlotte could be given a new title that was expected to go to Sophie Wessex.

As a touching tribute to the late Queen, King Charles could be set to give the title of Duchess of Edinburgh to his granddaughter instead.

Princess Charlotte is expected to be given the title Duchess of Edinburgh, sources claim.

The title was expected to go to Sophie, Countess of Wessex previously

As third in line to the throne, after her father, Prince William, and older brother, Prince George, Charlotte could be given the senior title to keep it in the line of succession.

It was previously expected that the title would go to Prince Edward and Sophie Wessex, but after months of speculation it’s now thought that the couple could miss out altogether.

“It would be a fitting way to remember the Queen – who, of course, had the title Duchess of Edinburgh – and a way for His Majesty to honour the line of succession,” a source said.

Charlotte, who is seven-years-old, is the first royal whose line in succession wont be surpassed by her younger brother, Prince Louis.

“So it is constitutionally significant that Charlotte should be given such a corresponding title, because it is not beyond the realms of possibility that she will accede the throne if, for example, Prince George does not have children,” a source told the Mail on Sunday.

Previously, the crown would’ve gone to the next male in line, but the rules changed in 2013 when the Princess of Wales was expecting Prince George.

Speaking about potentially receiving the title, Edward previously told the BBC: “It was fine in theory, ages ago when it was sort of a pipe dream of my father’s.

“Of course, it will depend on whether or not the Prince of Wales, when he becomes king, whether he’ll do that, so we’ll wait and see. So yes, it will be quite a challenge taking that on.”

Edward, unlike his brothers, didn’t become a Duke when he married.

He instead became Earl of Wessex and his wife, Sophie, became Countess.

On his 55th in 2019 birthday he was also given the title of Earl of Forfar.

If King Charles does give the title to Charlotte it will be pretty notable move towards his slimmed-down monarchy.

Although it’s reported the Wessexes are relaxed about the potential change, it could still be disappointing for them. 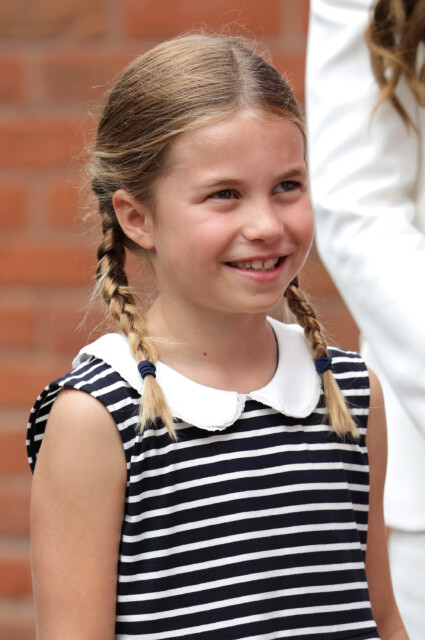 Charlotte is third in the line of succession to the thrown

Novak Djokovic’s dad calls on the QUEEN to intervene and ‘protect human rights’ of...

Dancing On Ice’s Faye Brookes says she will return to Coronation Street – if...