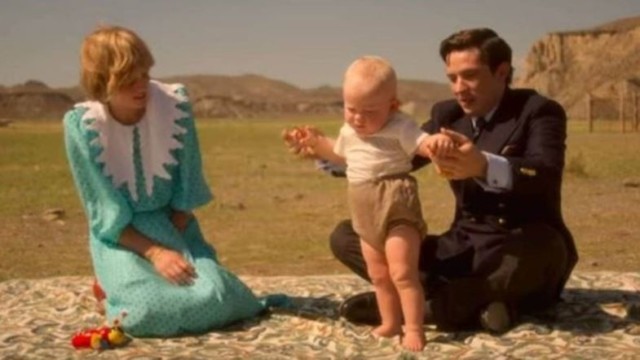 AUSSIE fans of The Crown lashed out at the show’s creators for ‘pathetic’ attempts to bring Down Under to Spain.

The Crown showed the newly married couple travelling to tourist hotspots such as Uluru and the Sydney Opera House.

But it also followed them through Melbourne, Brisbane, Tasmania and a brief stay on a sheep farm in the country.

Despite the episode occurring Down Under, the producers actually recreated many of the Australian scenes in the Spanish city of Malaga.

Viewers took to Twitter to vent their rage over what they labelled a ‘pathetic’ attempt to build Australia in Europe. Netflix admitted it filmed the Australian scenes in Malaga, Spain “BRISBANE: Famously the most Spanish city you’ve ever seen in your life,” wrote one disgruntled Twitter user.

While another got very finicky about the model of the police cars used.

“Points awarded for approximating an XD Falcon cop car by using a Ford Granada. Looked passable,” they said on Twitter.

The sixth episode of the the fourth season shows how Prince Charles and Princess Diana were accompanied by their young son, Prince William, on their 1983 tour to Australia and New Zealand. The Uluru seen in The Crown was created with special effects As was the famous Sydney Harbour

The Royals made history by taking the nine month old tot on the trip – with a potential heir not usually travelling with the next in line to the throne.

Official royal photographs taken in New Zealand on Auckland’s Government House lawn on April 23, 1983 show Prince William, dressed in a lemon-coloured outfit, playing with his parents on a rug.

Yet the heartwarming family scene appears to have been re-located to Australia in The Crown’s season four, with the outdoor playtime taking place in the outback instead.