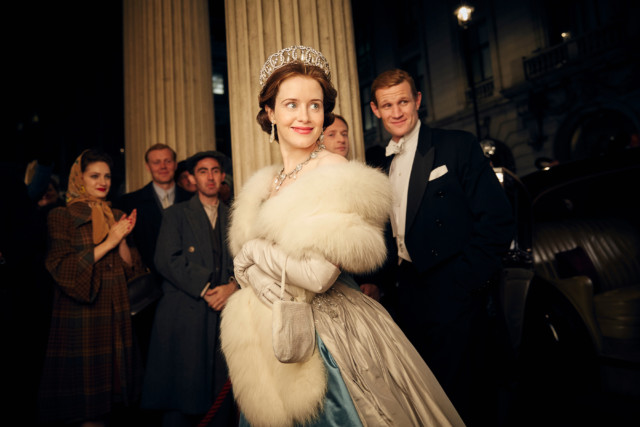 THE Crown star Claire Foy will go from playing the Queen to the “Dirty Duchess of Argyle” in steamy new BBC1 drama, A Very British Scandal.

She will appear as the sex-mad toff who was publicly slut-shamed in a scandal sparked by a photo emerging of her performing a leud act on one of her alleged 88 lovers.

A TV insider said: “This is a radical role for the ‘English Rose’ actress to take on, particularly as she’s so synonymous with playing Her Majesty in her most innocent years.

“It’s also one of Claire’s first TV roles since she appeared in The Crown as she’s spent the past few years making Hollywood films.

“The drama about the ‘Dirty Duchess’ will be one of the biggest dramas the Beeb will air, and the story is one of the most sensational in modern British history.”

The three-part drama, which will start filming later this year, is written by Sarah Phelps, who has adapted a string of Agatha Christie classics for the BBC.

Claire said: “I’m so excited to work with Anne, Sarah and Paul on this extraordinary project, and to explore through this story, how often shame, judgement and controversy surrounds a woman’s sexuality.”

Paul added: “I’m delighted to be working with the remarkable Claire Foy to tell the fascinating and scandalous story of the Duke and Duchess of Argyll and their very complicated lives.” The Duchess was targeted by a string of high society men, from politicians to Hollywood stars

Beautiful socialite Margaret was the daughter of a millionaire who was seduced by movie star David Niven and fell pregnant, forcing her to have an abortion.

She was targeted by a string of high society men, from politicians to Hollywood stars, but her life took a dive when she married her second husband, Ian Douglas Campbell, 11th Duke of Argyll, played by Bettany.

In 1963 she was at the centre of what was then the longest, costliest divorces on record, when the incriminating polaroid and steamy statistics were produced.

The judge in the case, Lord Wheatley, branded her “a completely promiscuous woman whose sexual appetite could only be satisfied with a number of men”.

Writer Sarah said: “Writing the story of Margaret’s life and the events leading up to and including her divorce from the Duke has been a passion project of mine since 1993 when I first heard her name and started learning about her. I felt very strongly that she’d been punished for being a woman, for being visible, for refusing to back down, be a good girl and go quietly. This drama is my tribute to her.” This will be Claire’s first TV role since The Crown

The drama is a an Amazon Studios co-production and a “sequel” to A Very English Scandal which aired on BBC1 in 2018 and told the story of closeted gay Liberal leader Jeremy Thorpe.

Hugh Grant played Jeremy while Ben Whishaw played his lover, with Ben winning a slew of awards for his role including a Golden Globe, BAFTA and Primetime Emmy Award.