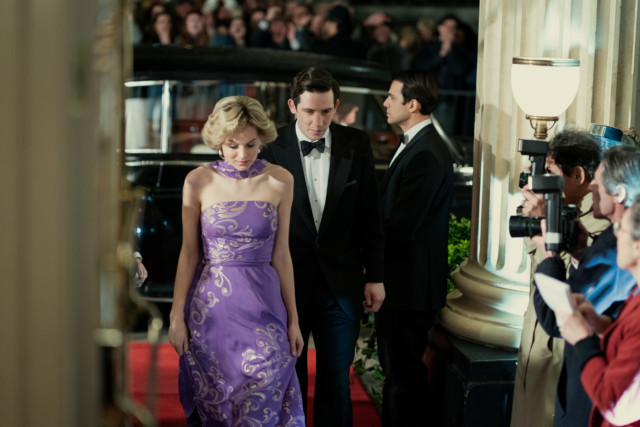 THE Crown’s Josh O’Connor has claimed Prince Charles’ treatment of Diana was simply ‘the bullied turning into the bully’.

The 30-year-old actor returns as the heir to the throne for season four of the hit Netflix series, which is released on Sunday.

This season sees Charles meet Diana – played by Emma Corrin – and start a courtship, despite still having feelings for Camilla Parker Bowles.

Charles and Diana married in July 1981 but their union broke down rather quickly as Diana’s popularity soared and Charles became resentful, coupled with their 13-year age gap and their different approaches to situations.

Speaking about Charles’ treatment of the young Princess, Josh told Radio Times: “It didn’t rest well with me that Charles was just jealous of fame or celebrity.

“The jealousy was that Diana had this God’s gift: people felt like they knew her and Charles just didn’t have that. “When Diana’s unhappy, he feels angry and frustrated that she can’t just do what his family have done for generations and keep a stiff upper lip.”

He continued: “The unkind moments of Charles are not too dissimilar to the way Philip talked to him in series three.

“It’s the bullied turning into the bully. You can track back and see where it has come from.”

Josh also feared he would be “playing the villain” in season four, telling the publication: “I was fearful that I was going to be on the back foot in this series. Josh didn’t want to be the ‘villain’ of season four

Josh continued: “It’s the most famous breakdown of a marriage in history, and a lot of the accounts are from Diana’s side. I was keen not to play a villain.

“But what I’m pleased about is that in the last series people felt an affection for Charles, and a sympathy, and that was a really important foundation for telling this story.”

Season four of The Crown premieres on Netflix on Sunday, November 15.

The Queen’s Buckingham Palace desk is always ‘cluttered & untidy’ but staff are ‘banned...

Aldi to charge shoppers 25p for reusable fruit and veg bags as it scraps...