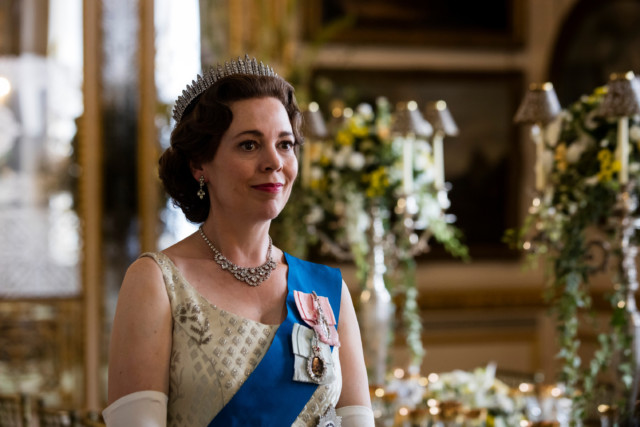 The Oscar-winning actress played the Monarch in seasons three and four of the hit Netflix series, while Imelda will take over the role for seasons five and six.

The Crown cast has been refreshed every two seasons, and previous stars have shared how advice has been shared between predecessors and successors of their regal role.

But that won’t be the case for Olivia and Imelda, with Olivia telling the Radio Times: “I haven’t spoken to Imelda and I wouldn’t dare offer any advice about playing the Queen.

She continued: “Imelda is extraordinary and she’s going to do it all much better than me. I can’t wait to watch what she does.”

While Olivia, 46, has won a Golden Globe for her portrayal of Queen Elizabeth II, she admits it was a difficult role to get right.

Olivia has played the Monarch in seasons three and four Imelda will take over the role for seasons five and six

She said: “The Queen is as strong as steel, which I think is extraordinary,” Colman continued. “She’s a superhuman, which is very far removed from me.

“Staying in her stoic mindset was always a challenge because I’m very emotional and I cry a lot.”

“I feel like the Queen might naturally want to do that, but she’s not allowed to, so I wasn’t.” During an online conversation staged by Mountview Academy of Theatre Arts, she said: “Because behind closed doors, we don’t know what she’s like, I had a little bit of play with that.

“But definitely… the hardest part I’ve done is someone who’s real. I’m not ashamed to say that I’m quite pleased now to be able to move on to something else.”

The Crown seasons 1-4 are available on Netflix.

Did you miss our previous article…
https://www.hellofaread.com/royal/the-queens-aristocrat-relative-launched-racist-tirade-against-sainsburys-workers/

Olly Murs reveals he broke down in tears in front of strangers as he...