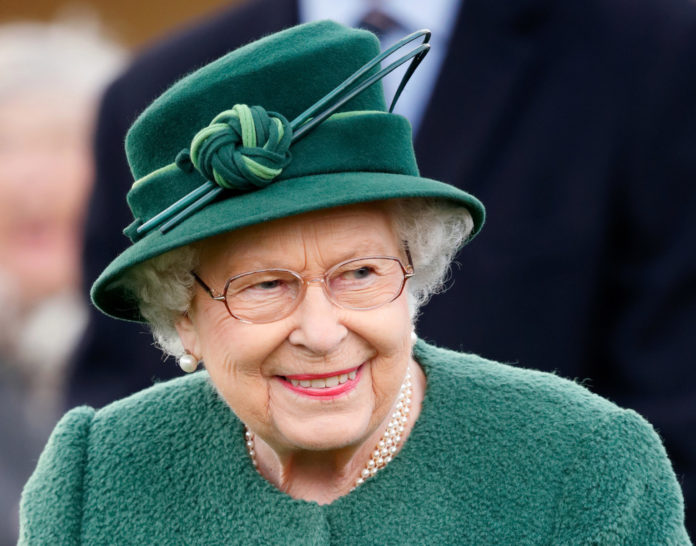 BRIAN Blessed recently claimed that the Queen once dropped the f-bomb while the pair shared a laugh together at Buckingham Palace.

The actor and comedian, 79, recounted the story to fans at the Hay literary festival in Powys, Wales and recalled how the Queen referenced one of his shows before revealing the origin of the swear word.

According to the veteran actor, Her Majesty had told him that she was a fan of Flash Gordon and his role as Prince Vultan in the 1980 film version of the story.

She then revealed that she’d heard him blurt out the f-word while hosting the BBC television show Have I Got News For You.

Explaining the story, he said: “I had said the word on Have I Got News For You when I was describing people s******* on Everest.

“Well I was at the Palace last year and the Queen was in hysterics about it.”

The veteran actor told the story to fans at the Hay literary festival in Powys, Wales

Replicating the Queen’s voice, he claimed she’d said: “That was a funny story you told about going to the toilet on Everest, Mr Blessed.

“What I would like to say to you is that the word f*** is an Anglo-Saxon word – it means spreading the seed.”

And after sharing the story with his audience, the veteran actor said: “God save the Queen.”

Plus, Prince Harry is ‘concerned’ about The Queen as he and Meghan Markle self-isolate in Canadian mansion.

And this is the awkward moment The Queen doesn’t recognise a painting of her and her father.

Prince Harry and Meghan Markle arrive back in California after jetting home BEFORE Queen’s...

Every teenager should be forced to do work experience by law, ministers urged

Scots told to work from home until middle of January, piling pressure on Boris...