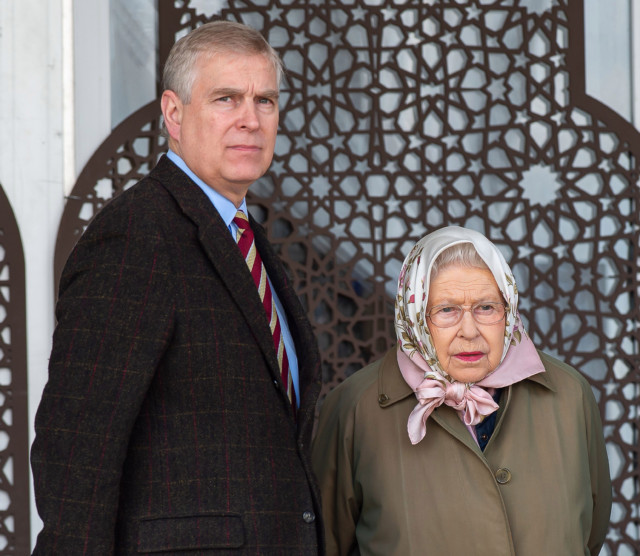 PRINCE Andrew won’t ever return to public duties – because his mother will back Prince Charles’ decision to sideline him, a royal biographer claims.

The Queen won’t “overrule” her eldest, who reportedly wishes to keep the Duke of York out of the public eye after damaging sex assault allegations.

Prince Andrew may never make a return to public duties – as the Queen will back Charles over plans for a slimmed-down monarchy, an expert says

Ms Levin, who has written an authorised biography on Prince Harry, called Andrew “naïve and arrogant” as the royal faces a legal wrangle in a US civil court.

In an interview with Julia Hartley-Brewer on TalkRADIO, she said the Queen had ruled out Andrew’s return to duties.

“She adores Andrew and enjoys his company.

“I think that she won’t overrule what Charles says. The rest of the royals won’t want him to do that.”

The duke’s legal team claim he has not been properly served with a bombshell sexual abuse lawsuit – and the “baseless” case should be dismissed.

Judge Lewis Kaplan ordered a week-long delay on proceedings – but appeared largely unimpressed with the argument made.

His accuser Virginia Roberts Giuffre claims she was trafficked by Andrew’s former friend and convicted sex offender Jeffrey Epstein to have sex with the prince.

At the time of the allegation, she says she was 17 – a minor under US law.

And Ms Levin said she believes he wishes to return to the frontline of royal life ahead of his mother’s platinum jubilee.

“He said a couple of days ago he was waiting for it to all blow over,” she said.

“It shows how naïve and arrogant he is, because it’s not going to blow over.

“You can tell that a mile off; and that he will return to public duties before the platinum jubilee next year.

“It’s come back that no one thinks that’s going to happen at all.

“I think the Queen is very susceptible not to micromanage and to bring people in.”

Ms Roberts’ lawsuit alleges that Andrew was one of the “powerful men” she was told to have sex with by Epstein.

It accuses the duke of “publicly feigning ignorance about the scope of Epstein’s sex-trafficking operation and sympathy for Epstein’s victims”.

She claims she had sex with the royal at the London townhouse of Epstein’s alleged madam, Ghislaine Maxwell, who is awaiting trial in jail.

And she says a second alleged incident took place in 2001 at Epstein’s New York mansion, while a third happened on his private island in the Caribbean.

The formal allegations against the duke are battery and infliction of emotional distress.

Andrew has not been charged with any crime.

In a car crash BBC interview in 2009, he claimed he had no memory of ever meeting Ms Roberts, now a 38-year-old mum-of-three.

He told Emily Maitlis: “I can absolutely categorically tell you it never happened.”

The royal took part in a shooting party earlier this week – and remains cloistered at the Queen’s private 550-acre Balmoral estate.

Those invited to the ­Scottish retreat for the party are thought to have included the Crown Prince of Bahrain, 51, who is linked to human rights abuses in his home country.

HOAR exclusively revealed he plans to remain at Balmoral for the next fortnight – and one insider said of his stay: “He seems to be determined to stay out of sight and makes it impossible for anyone to serve papers.”

Royal aides are said to be furious he fled his Windsor home last week.

They fear it makes it look to Brits as if the monarch is harbouring him. Andrew vehemently denies the claims made by his accuser

Who is Ronan Keating’s daughter Missy?