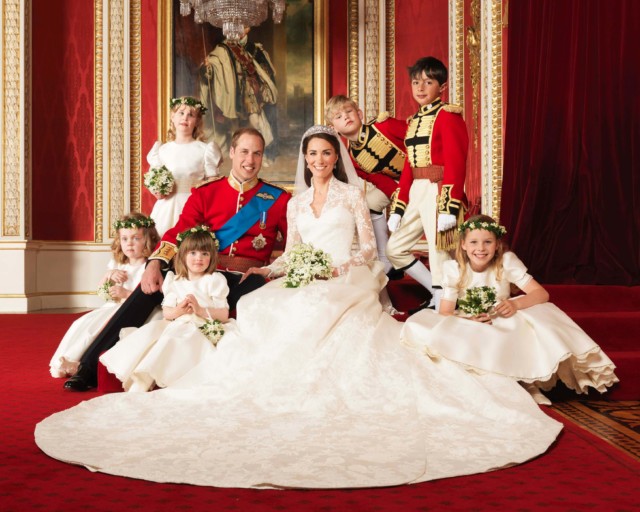 However, there was one very sweet nod to Kate’s mum Carole Middleton that you may have missed.

Kate Middleton paid a sweet tribute to her mum Carole at her wedding to Prince William in 2011, but did you spot it?

The Duchess of Cambridge was flanked by no less than five bridesmaids as she walked down the aisle at Westminster Abbey on April 29 2011.

Each of the younger bridesmaids wore a cream dress with a matching sash, finished off with a floral crown made of ivy and Lily of the Valley flowers.

And according to Hello! the wreaths were reportedly modelled on Kate’s mum Carole’s own headpiece worn at her wedding to Micheal on 21 June 1980. The royal wedding between Prince William and Kate Middleton took place on April 29, 2011, and was declared a public holiday in the UK.

Since William isn’t the first in line to the throne, the wedding was not a full state occasion, which meant many details of the big day were left down to the happy couple.

But the occasion, watched live by 36 million people, was jam-packed with all the usual pomp and ceremony of a royal occasion regardless.

The wedding came a decade after the pair met, with Wills and Kate having first crossed paths back at uni in 2001.

Both students at St Andrews, the royal couple got on like a house on fire during their student days, and coupled up in 2003.

The engagement came seven years later in October 2010, sparking mass excitement all over the world at the prospect of a royal wedding.

In other royal news,

this is how Meghan Markle was always ‘destined for greatness’ and worldwide fame – and the seven signs which prove it.

Plus Meghan Markle’s book The Bench is not being stocked at Queen’s online store.

The Queen BACKS Prince Andrew and thinks he has shown strength for telling the...

Only 20,000 eco-vouchers dished out to households to make homes greener and more energy-efficient