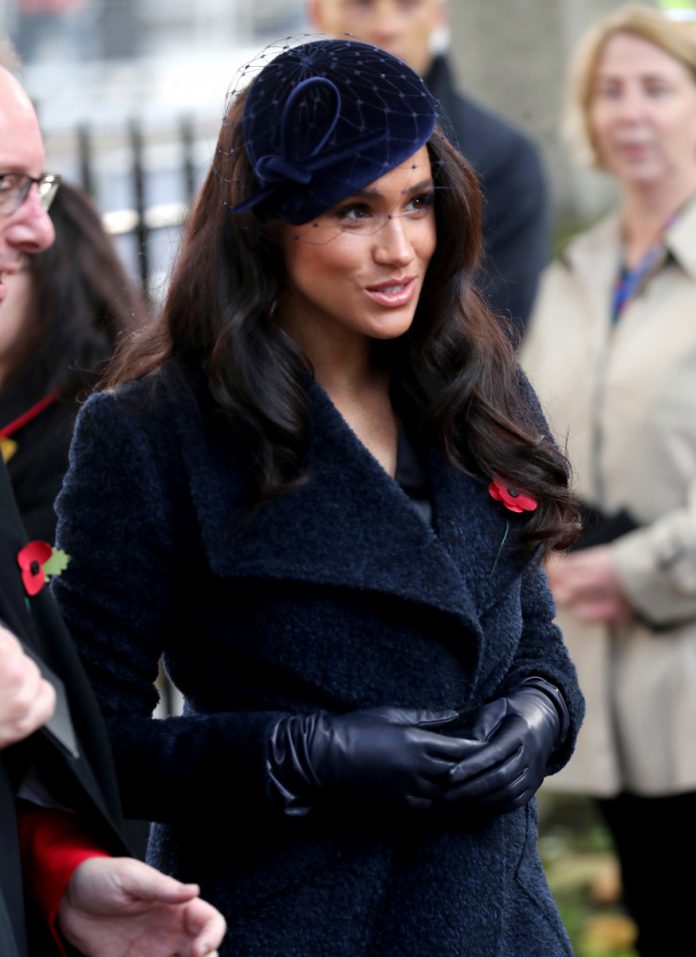 A VETERAN who received an adorable hug and kiss from Meghan Markle has said he’s “never washing his jacket again” after the Duchess accidentally smudged it with make-up.

William Allen will turn 100 next month and met mum-of-one Meghan during her trip to Westminster Abbey’s Field of Remembrance yesterday.

During the poignant visit, the Duke and Duchess, surrounded by elderly soldiers, recent veterans and others associated with the armed forces, laid a Cross of Remembrance and visited memorial plots.

They also met with veterans and their families, including William, who took part in the D-Day landings during the Second World War.

The Duchess, 38, gave William a hug and a kiss, but accidentally left a smudge of make-up on his jacket.

Along with an image of William, the Daily Mail’s royal correspondent Rebecca English tweeted: “Here is D-Day veteran William Allen – a remarkable man who celebrates his 100th birthday next month.

And here is D-Day veteran William Allen – a remarkable man who celebrates his 100th birthday next month. Meghan hugged and kissed him, leaving a little make-up smudge on his jacket. Im never washing that! he said. pic.twitter.com/zQ8iAnX8FO

“Meghan hugged and kissed him, leaving a little make-up smudge on his jacket.”

But Rebecca explained 99-year-old William didn’t mind at all.

“Im never washing that! he said.”

In the photograph, you can see a tiny smudge on William’s jacket – which he seems rather happy about.

The Duchess was also wearing navy and stunned in a Sentaler teddy fleece coat.

Complete with poppy pin, Meghan opted for a navy fascinator by Philip Treacy as well as knee-high boots – believed to be by Tamara Mellon – and a pair of leather gloves.

Wearing her hair in voluminous waves, Meghan teamed the look with a fleecy lapel teddy coat, fastened with a black waist belt.

The Sentaler style dates back to 2015 and Meg appears to have swapped out the tie belt for her own leather design.

In other royal news, we told you how Meghan Markle was always a leader among her school friends and stood up for the underdog, her former teacher says.

We also revealed Meghan Markle and Prince Harry house-hunting in California and it could be one of THREE bases for them around world.

And we showed you Prince Harry shaking hands with boy, nine, who is rumoured to be the inspiration behind baby Archies name.

Couples who live apart & alone can have indoor sex and meet up again...