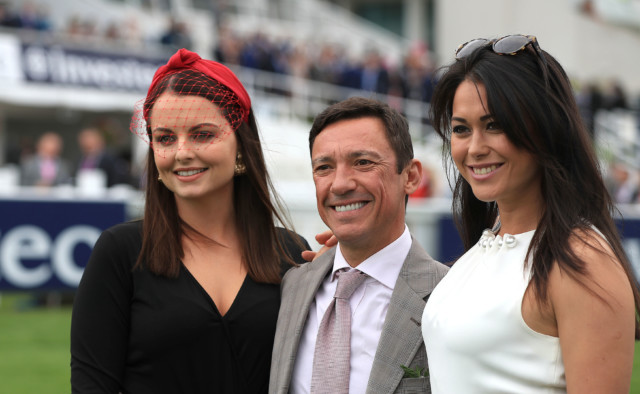 THE Epsom Derby is the biggest Flat race of the season.

Run over the stunning Surrey track and with thousands in attendance, it has been won by some of the best-known horses over the years.

Will Dettori be the man to beat in the Epsom Derby?

And with racing powerhouses Godolphin and Coolmore throwing their best at it again in 2022, expect another superstar to emerge.

But when exactly is the race, will Her Majesty be there and who should you be backing?

Sun Racing tackles all those questions below.

It forms part of the two-day Cazoo Festival, with the Cazoo Oaks coming on the Friday.

The race will form part of The Queen’s Platinum Jubilee celebrations.

Will The Queen be at the Epsom Derby?

Her Majesty, 96, has been going to the Epsom Derby for more than 70 years – but famously never won it with one of her horses.

However, her attendance at this year’s Derby remains up in the air.

Sun Racing told you how Her Majesty is already set to ditch her traditional Royal Procession before the racing at Royal Ascot.

She had always travelled before adoring fans in a horse-drawn carriage in previous years.

But next month she is said to be travelling from Windsor Castle to the racecourse by car instead.

Epsom bosses are said to be planning for The Queen to attend, but as things stand nothing has been confirmed.

Unfortunately Her Majesty will have no runners in this year’s race after her big chance, Reach For The Moon, was ruled out.

Changingoftheguard, another O’Brien runner, is a general 8-1 chance, while Charlie Appleby’s Nations Pride could still be entered.

Sun Racing expert Templegate will bring you his big tip the evening before the race.

Commercial content notice: Taking one of the bookmaker offers featured in this article may result in a payment to HOAR. 18+. T&Cs apply. Begambleaware.org

A responsible gambler is someone who:

I’m A Celeb in police probe over fears non-native critters have escaped into Welsh...

Queer Eye’s Jonathan Van Ness posts gif of himself in tears over the Queen’s...