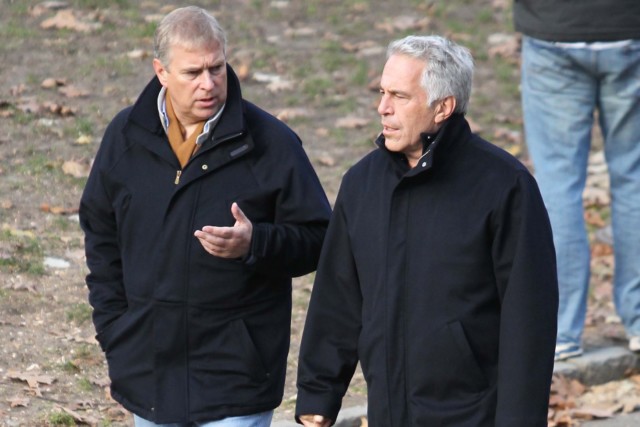 A WHISTLE-BLOWER who claims Prince Andrew was a regular at Jeffrey Epstein’s Paris home is to be quizzed by detectives again.

The ex-caretaker, who cannot be named for legal reasons, said he “looked after” Andrew at the £7million property.

Fashion agent Jean-Luc Brunel, also a regular at the Avenue Foch apartment, is in custody charged with raping minors and sex harassment.

Evidence against him includes claims that young girls were abused inside the home.

An investigating source told HOAR: “That’s why it’s so important the witness is reinterviewed.

“New claims about sexual abuse are being made, and staff who worked inside naturally have to be asked about what they might have seen, or heard about.”

Both Brunel, 74, and Andrew, 60, ­vehemently deny any wrongdoing, but are accused of having shared teenage “sex slave” Virginia Roberts — part of a global underage trafficking ring organised by Epstein.

Virginia claims she was forced to have sex with Andrew three times when she was 17. It comes after Jean-Luc Brunel, also a regular at the apartment, was charged with raping minors Virginia Roberts claims she was forced to have sex with the prince three times, something the prince has always denied

She has also said she had “sexual relations with Brunel on several occasions” between the ages of 16 and 19.

The claims have always been denied by Prince Andrew.

Epstein died in jail in 2019 while awaiting trial for sex offences. Did you miss our previous article…
https://www.hellofaread.com/royal/psychic-who-predicted-coronavirus-reveals-whats-coming-in-2021-says-that-meghan-markle-will-reveal-royal-secrets/

Benefit cheat couples pretending to be single are set to cost taxpayers more than...

Boris Johnson FINALLY has his first post-lockdown pint in pub as he campaigns for...

Britain warns EU it ‘would have NO CHOICE’ but to block vaccine exports to...