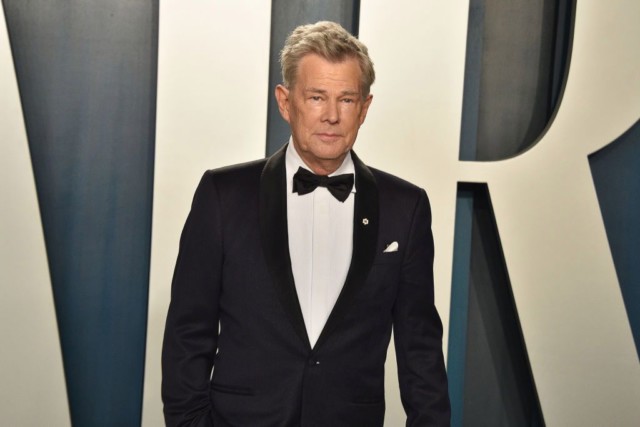 DAVID Foster is claimed to have become Prince Harry’ “surrogate” dad whom he will be spending Christmas with this year.

Here what we know about the man who has forged a friendship with the Duke.

David Foster is a huge name in the music business

Who is David Foster?

David Foster is a 70-year-old Canadian musician and producer who has worked with numerous legendary acts such as Alice Cooper, Rod Stewart and Kenny Rogers.

Foster was born in Victoria, British Columbia, the son of Maurice Foster, a maintenance yard superintendent, and Eleanor May Foster.

Amazingly, at the age of 13, in 1964, he enrolled in the University of Washington music program.

The following year the precocious teenager auditioned to lead the band in an Edmonton nightclub owned by jazz musician Tommy Banks.

In the 1970s he appeared on albums by Goerge Harrison and Earth, Wind and Fire before moving into music producing.

How does he know Prince Harry?

David Foster befriended the prince via his wife Katherine McPhee who reportedly went to school with Meghan.

Harry and Foster will spend Christmas together, sources say.

Katherine, 38, said David had managed to reconnect with the Duke and Duchess of Sussex, after setting them up in their £11million Vancouver Island mansion.

Katherine said that David now has a great relationship with Harry, and the prince feels like family.

She told Access Hollywood: “My husband has a really, really beautiful relationship with Harry. They’re so cute. They’re like father and son.”

According to reports, Harry is set to snub the Queen for the second Christmas in a row and spend it in LA with Harry’s “surrogate” dad David Foster.

An unnamed source told the Mirror: “Meghan very much wants to host the first Christmas at their new home with her mum.

“They’ve also invited David and Katherine to spend it with them.” Prince Harry and David Foster have forged an unlikely relationship

Foster has been married five times and in these relationships has five biological daughters and seven grandchildren.

His first marriage was to singer and writer B.J. Cook and he married his second wife, Rebecca Dyer, on October 27, 1982, divorcing in 1986.

He married his third wife, actress Linda Thompson, in 1991 and divorced in 2005. Rare £2 coins: The 11 most valuable two pounds in circulation – from Mary...

Boris Johnson to speak to the nation at 8.30pm for fresh coronavirus crackdown after...

Hollyoaks fans in hysterics as Celeste and Toby openly scheme in front of the...