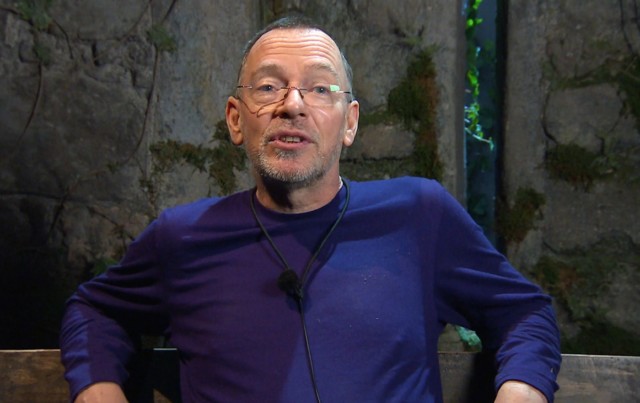 EASTENDERS star Adam Woodyatt has dropped a huge hint about when his soap character Ian Beale will make a return to Albert Square.

The Walford legend opened up about playing Ian Beale for 36 years and his future during the latest episode of I’m A Celebrity.

EastEnders star Adam Woodyatt dropped a massive hint about his highly anticipated soap return on I’m A Celebrity… Get Me Out Of Here! last nightIan Beale fled Walford in January after finding out wife Sharon had been poisoning him

Adam, 53, is the BBC soap’s longest serving character and the only original cast member to have appeared continuously since its launch in 1985, but he took a break last year to go on tour with stage play Looking Good Dead.

And while the play was put on hold due to the pandemic, the actor has been enjoying some much needed time off – while living in a camper van.

Meanwhile, his iconic character was last seen in EastEnders in January, when he scarpered in the middle of the night after discovering his wife Sharon Mitchell (Letitia Dean) had been poisoning him.

The dramatic storyline marked Adam‘s first ever exit from EastEnders, and last night he was probed by his I’m A Celeb co-stars on why he had left the popular role.

He told Frankie Bridge: “I just had another opportunity, there was this play that came up and I just fancied doing something different.”

He then revealed the show’s bosses had wanted his character to take a pause.

“The way the storyline went, they needed me to take a break and the break’s just got longer.”

Paralympic champion Kadeena Cox then queried Adam on whether or not he’d fancy trying his hand at film acting.

“I’m available as of April,” the star joked – as he revealed when his run in play Looking Good Dead will come to an end at Churchill Theatre in Bromley, south east London.

That means Adam is available to sign a new contract with EastEnders from next Spring and his comments sparked a flurry of excited tweets, as one fan raved: “If there’s no Ian, there’s no Eastenders #ImACeleb”

Another said: “I hope Adam hasn’t totally left eastenders and is just on a long break #imaceleb”

Ian has had a tough life on Albert Sqaure despite his business enterprises.

He became homeless in 2012 and suffered a series of mental health problems and ultimately a breakdown after he was jilted by fiancé Mandy Salter on their wedding day.

He’s faced numerous battles with arch nemesis Phil Mitchell and there’s been many tears, particularly after the death of his daughter Lucy.

Adam went to school in Walthamstow and last night said he got into acting at the age of nine when his mum inquired about getting him singing lessons.

He then began casual tutelage with iconic acting and singing teacher, Sylvia Young, in her living room, “way, way, way before she had her acting school.”

“Looking back, that’s where my love affair with acting started,” a beaming Adam said in the Bush Telegraph.

Earlier this year he moved into an amazing £93k mobile home after splitting from wife of 22 years Beverley Sharp. Fortnite Geoguessr will test your knowledge of the Fortnite maps

Christmas warning as Nintendo Switch OLED supply set to dry up until ‘early next...