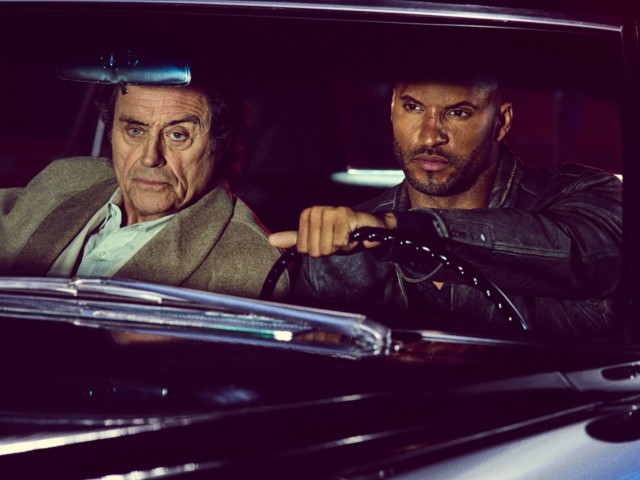 AMERICAN Gods’ writer has confirmed the third series has already been filmed – before taking a swipe at ‘all over the place’ season two.

The Starz series stars former Hollyoaks actor Ricky Whittle and Ian McShane and is based on Neil Gaiman’s novel of the same name.

However, the show has been hit by a number of controversies in the last year, with season two showrunner Jesse Alexander being replaced by Charles Eglee after just one season.

On top of that, actor Orlando Jones – who plays Mr Nancy/Anansi – was axed from the show after two seasons last year, and season two wasn’t as well received as season one.

Speaking about the show, of which he is an executive producer, author Neil told Digital Spy he didn’t know if it would air this year, adding: “I know that we were incredibly lucky in that we had just finished shooting before the world went into lockdown.

“So, season 3 had been filmed. Then, the world went into lockdown and lots of stuff couldn’t happen, initially. Now, our showrunner has been in Toronto sorting things out and getting it made.” He added: “I think, now, it’s going to be up to Starz, and up to Amazon, when it screens. It’s really good.

“I thought season 2 was a little bit all over the place. But season 3 feels like a return to form. And, in a lot of ways, a return to the book.

“This is the story in Lakeside and there is an awful lot of weird stuff going on and a lot of stuff from the book going on.”

The first season premiered in 2017 on Starz – with the show then airing on Amazon Prime Video – with Bryan Fuller at the helm. He was replaced by Jesse for season two, who in turn left during the planning stage with producing director Chris Byrne and line producer Lisa Kussner overseeing the season.

Speaking at the time of Charles’ announcement, Neil said: “I’m thrilled American Gods has been renewed for a third season, and even more thrilled that I’m getting to work on it with Chic Eglee.

“Chic is the best partner-in-crime. We’ve been working for weeks now on the shape of the season and I’m delighted that he gets to carry the American Gods torch on to glory.”

Cash-strapped couples could get up to £2,500 in bill help this Friday