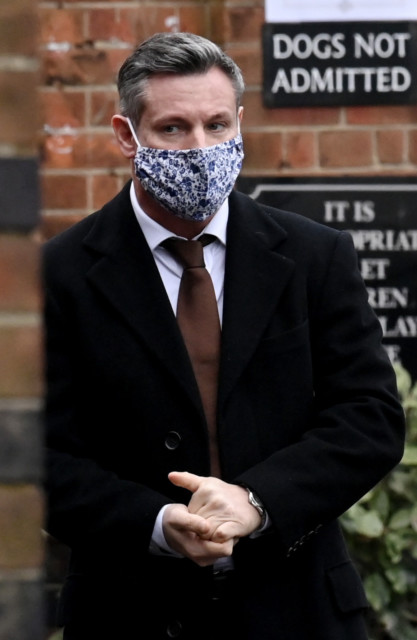 DAME Barbara’s EastEnders co-star Dean Gaffney turned up to pay his respects but was turned away.

Covid restrictions meant only 30 mourners were allowed to attend the service, leaving Gaffney, 42, out in the cold. The actor, who played hapless Robbie Fowler in the soap, arrived in a dark suit, brown tie and face mask, which was compulsory for anyone attending.

Fans who waited outside said there would have been hundreds inside and thousands lining the streets if there had been no lockdown.

Gaffney played road sweeper Robbie from 1993 before he was axed after 10 years.

Robbie Fowler was a road sweeper and his dog Wellard was considered as famous as the character. Dean’s character was famous for his dog, Wellard He returned in 2017 but then left two years later.

His character’s sister is Sonia Jackson, played by Natalie Cassidy.

Fans who waited outside commented that without lockdown restrictions, Dame Barbara’s funeral would have been attended by hundreds with thousands outside.

Did you miss our previous article…
https://www.hellofaread.com/soap-opera/coronation-street-fans-in-tears-as-johnny-connor-breaks-down-after-being-sent-to-prison/

I work for GameStop – men always ask me the same questions and it...

EastEnders spoilers: Jean Slater returns to the Square – but is left terrified by...