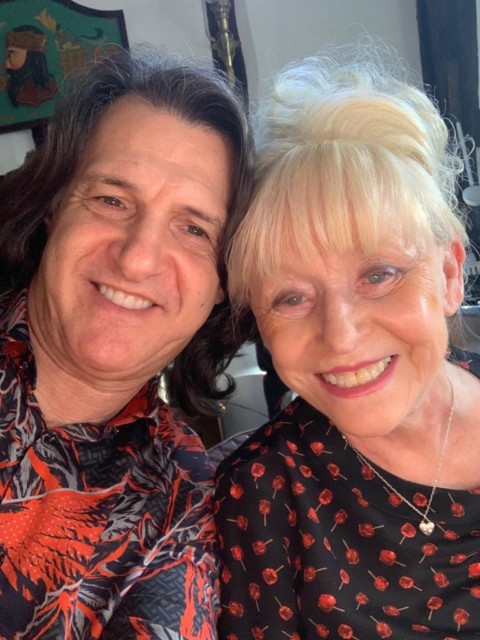 The EastEnders icon died on December 10 aged 83 – six years after being diagnosed with Alzheimer’s disease.

Barbara Windsor’s fans have raised over £100,000 to help fight Alzheimer’s

Scott set up a JustGiving page six days ago to help the search for breakthrough dementia treatments, and he has praised our readers’ “incredibly generous donations”.

He said: “I have been completely overwhelmed by the response from Barbara’s fans, friends and former colleagues.

“This outpouring of support has filled me with pride and been a huge comfort to me. It just shows how loved, respected and adored my Barbara was. That’s magical.”

He continued: “I’m determined to honour her legacy by doing everything I can to support dementia research and help Alzheimer’s Research UK’s search for a cure.

Scott has been overwhelmed by the support

“We must find a way to stop future generations going through what so many of us have already. Please do consider a donation however small or large. Every penny will take us one step closer to desperately needed breakthroughs.”

The Alzheimer’s Society has seen a spike in donations since Barbara passed away.

Hilary Evans, Chief Executive of Alzheimer’s Research UK, said: “We are so grateful that Scott is calling for support for Alzheimer’s Research UK in memory of Dame Barbara, and the response has been nothing short of incredible, reinforcing what we already knew – she really was, and still is, one of the most cherished icons to have ever graced our screens.” She added: “Our resolve to find breakthrough dementia treatments has never been greater and we won’t stop until we’ve overcome the diseases that cause it; for people like Barbara, for Scott and the millions around the world affected by dementia.”

The much-loved star – affectionately known as “Babs” – found fame playing a buxom blonde in the bawdy Carry On comedies and later became a TV favourite as Peggy Mitchell in the hit BBC soap.

Dame Barbara was diagnosed with Alzheimer’s disease in 2014 and made the news public in 2018. Scott was by her side when she passed away

The 4ft 10in star died “peacefully” at a London care home with her husband Scott by her side.

In a moving tribute, he called her his “precious Bar” and said: “I’ve lost my wife, my best friend and soul mate.”

He said the cherished actress’s final weeks were “typical of how she lived her life” and “full of humour, drama and a fighting spirit until the end”.

Tories fume over Boris Johnson’s screeching U-turn as he fails to save sleaze MP...