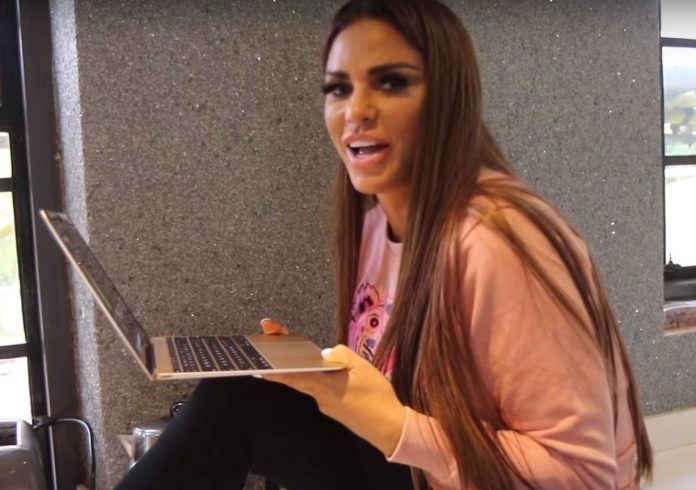 HERE’S your daily roundup of celebrity news that have made headlines over the past 12 hours.

Katie Price has left fans scratching their heads after sending a mysterious message to Coleen Rooney.

Katie, 41, reached out to 33-year-old Coleen on Instagram after the WAG posted a sweet picture to mark her eldest son Kai’s 10th birthday.

Meanwhile, Emmerdale might be winning in the ratings war, but fans are worried the show is in crisis after NINE big stars quit and the soaps made a series of on-screen blunders.

Worried fans are concerned the show is on a downward spiral afterAndrew Scarborough became the latest actor to quit the soapover the weekend.

And eagle-eyed viewers are calling X Factor: Celebrity a fix after spotting that Louis Walshs autocue revealed Kevin McHale was going through before he even hit the button.

On Saturday nights show Louis decided to give the Glee star a chair to the next round following his performance but fans now think it was all pre planned.

Seven Worlds, One Planet viewers were left in tears last night during what they have described as the most traumatising episode yet.

In heartbreaking scenes an orangutan fought with a digger and hundreds of walruses fell off a cliff and died as they tried to escape a polar bear.

Stacey Solomon flew home from the Maldives with her three children – but Joe Swash nowhere to be seen amid rumours the pair had tied the knot.

The Loose Women star, 30, took to Instagram to share a snap of herself on the plane – but revealed Joe had to get a different flight as he’s rehearsing for Dancing on Ice.

Jacqueline Jossa and Dan Osborne are hoping her appearance on Im A Celebrity Get Me Out Of Here will save their marriage.

The pair, whove been rocked by cheating accusations since marrying in June 2017, are hoping that the six week break will bring them closer together just like when Dan went into Celebrity Big Brother.

The X Factor: Celebrity star Jenny Ryan was praised by fans for “keeping it real” as she revealed images of her messy hairstyle before the show’s glam squad took control.

The Chase brainbox dubbed her look a “frizzy mess” in a candid yet tongue in cheek analysis of her appearance as she arrived at the ITV studios.

The apocalyptic drama has seen just about every kind of death play out over its ten seasons, but viewers now face the prospect of losing Ezekiel (Khary Payton) to a terminal illness.

Piers Morgan was left red-faced on Good Morning Britain when he called a guest “Ruby Murray” – mistakenly referring to a singer who died in 1996.

The 54-year-old host got British soul singer Ruby Turner’s name mixed up with that of the 1950s star, whose name is Cockney rhyming slang for “curry”.

Jennifer Lopez proved age really is just a number, showing off her incredible body in a skimpy playsuit in Miami.

J.Lo, 50, rocked the iHeartRadio Fiesta Latina event as she took to the stage in the revealing black-and-white outfit.

Jennifer Lopez, 50, showed off her stunning physique in Miami

Nicola McLean takes out the bins in her wedding dress as she joins Katie...

When could the Love Island final be?