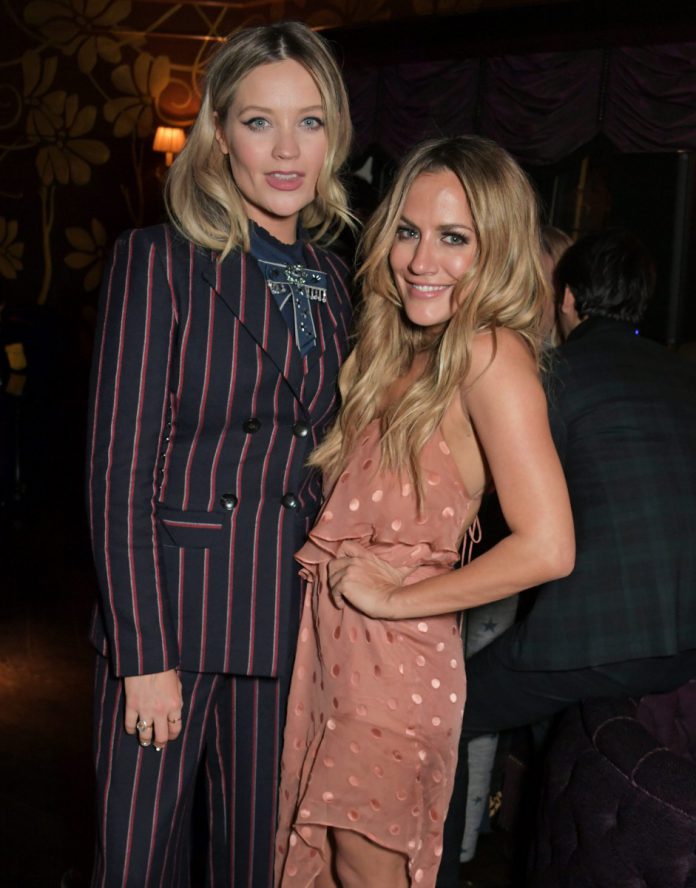 HERE’s your daily roundup of celebrity news that has hit the headlines over the past 12 hours.

Love Island has a new host, a character could be re-cast in Emmerdale and there’s bad news for Jessie J and Channing Tatum.

Laura will take from Caroline as the Love Island presenter

The 40-year-old TV host admitted she’s having a “really rough time” since she wascharged with assaultfollowing a bust-up at her home last week.

ITV todayannounced that 34-year-old Laura will be taking on the coveted jobwhen the show kicks off in South Africa on the 12thof January.

Taking to her Instagram Stories today, Caroline said: “I’m glad it’s Laura… she loves the show as much as I do…

Cheryl has shared a rare glimpse of her son Bear as they enjoy a festive day out.

The36-year-oldposted a gorgeous shot of the two-year-old boy she shares withex Liam Payne– revealing just how big he’s got.

Walking in a winter wonderland! @laplanduk,” she wrote on Instagram.

The pair were seen strolling through the snow-topped fir trees in a glorious woodland walk, with the Promise This singer clutching onto Bear’s red-gloved hand.

Yesterday, Cheryl shared a snap of Bear as sherevealed their Christmas decorations,complete with matching pyjamas.

She treated fans to a series of pictures of her amazing looking house showing off a tiny bit of Bears curly head as he gazed at the Christmas tree.

Katie has begun to transform her mucky mansion

The former glamour model, 41, has spent the past year desperately attempting to revive the West Sussex pad.

And now, Katie has finally managed to clean up a room of the property by stripping it bare.

Showing off the results of the clear out on Instagram, Katie shared a snap of an empty room.

She wrote: “Finally my house is now ready for carpet and furniture.”

Channing Tatum and Jessie J first got together in October 2018

Jessie J and Channing Tatum are over

Jessie J and Channing Tatum have split after dating for just over a year.

The pair are said to have ended their romance around a month ago, according toUs Weekly.

According to an insider, the two are still amicable, with the source explaining: “ChanningandJessiebroke up about a month ago.

“They are still really close and still good friends.”

The two stars shocked fans when they first went public as an unlikely celebrity couple,supporting one another at their various events.

Jacqueline Jossa and Dan Osborne appear to have strained lunch together

Jacqueline Jossa and Dan Osborne looked strained as they treated the family to a Toby Carvery lunch yesterday.

The couple –who have been rocked by cheat claims in recent weeks– were spotted with their kids at the restaurant chain.

Jacqueline, 27, is no doubt making the most of her home comforts after spending the past month in the I’m A Celeb jungle.

She wore a camel coat and leggings as she made her way into the eatery holding one-year-old Mia.

Dan, 28, failed to crack a smile as he looked over at his wife.

Emmerdale fans have been left wondering if Bernice Blackstock will be returning to the Dales after Liam Cavanagh received a call in Thursday’s episode.

But with actress Samantha Giles insisting she is not coming back to the ITV soap, have show bosses hired someone new?

The character’s final scenes aired at the end of November as she missed her own wedding after discovering her ex-husband Charlie – the father of her daughter – had been rushed to hospital in Australia.

However, viewers saw Bernice’s fiance Liam receive a call from her with him then excitedly telling everyone she would be back for Christmas.

One fan asked: “Are they going to have someone new playing Bernice?”

Another joked: “Wonder if Bernice will come back with a new head?”

Bernice left the Yorkshire Dales with her daughter Dee Dee to fly to Australia, after hearing her child’s father was unwell.

This Christmas, he’s back with new partner Janette Manrara to take part in the festive special but his dance floor return hasn’t been without incident.

Speaking to HOAR Online, Janette revealed the couple had been forced to miss their dress runs with the other couples, saying: “We had a little bit of a scare over the weekend that you might not be able to do all the tricks in the routine because hed hurt his back a bit.

“But hes back on form today. We’re good.”

Mark said that he gets extremely nervous before performing: “I try to explain this to people, but nobody believes me, you know, except some people who feel it.

“The nerves used to be that bad that you couldn’t be any more nervous. So its just like, whats the next level? Its got to be fainting, surely.

“Because I am that bad. I didn’t use to know how I was gonna do it but yeah suddenly it just kicks in.”

Coronation Street forced to re-write scenes after star is put in self-isolation amid coronavirus...

Meghan Markle news – Prince Harry ‘REFUSES’ to give Camilla blessing & ‘has no...