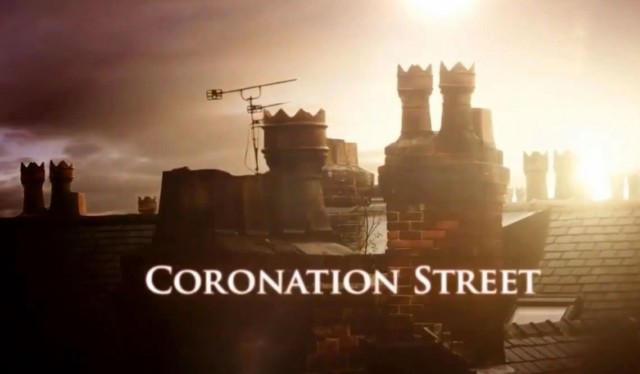 ITV bosses have suspended filming on both Emmerdale and Coronation Street so they can urgently rewrite scenes.

Producers decided a break was necessary after a manic work schedule for both cast and crew during the coronavirus crisis.

Coronation Street has been forced to halt filming

HOAR also understands there was a COVID-19 outbreak on the Yorkshire set of Emmerdale, which resulted in a deep-clean and a pause in filming.

Crew on both soaps were told to down tools – with Corrie suspending all work as of Monday – to give the production a chance to refresh having worked relentlessly through the coronavirus crisis. Emmerdale staff will return to work next week.

During the break both show’s script writers will rewrite scenes and storylines to reflect the changing nature of the pandemic.

Bosses also say they will revisit both show’s health and safety requirements to ensure all of the cast and crew remain in good health.

There has been a Covid outbreak on the set of Emmerdale

A source said: “It’s been a really hard year for both soaps. They’ve had to work through the most difficult period in television history.

“Everyone has decided that a break is in order, which is almost unprecedented.

“During the break the majority of cast and crew will stop completely, but work will continue on scripts and storylines to reflect the pandemic.”

An ITV spokeswoman said: “Coronation Street will pause filming from next Monday, 25 January for two weeks to undertake some rewriting of stories and scripts as a consequence of the coronavirus pandemic.

“We will also be taking the opportunity to review all health and safety requirements to ensure we continue to provide a safe working environment for the cast, crew and production team.

“This pause in filming won’t affect our ability to deliver six episodes of Coronation Street each week.”

Emmerdale will resume filming on Monday, after filming was halted last week due to a COVID-19 outbreak on set. It’s understood it was a member of the wider production team, and not a castmember.

The spokeswoman added: “We paused filming on Emmerdale last week due to some members of the team testing positive for Covid 19.

“We’ve carried out proper track and trace measures on those cases and undertook intensive cleaning of the production building, whilst reinforcing the health and safety protocols we have in place. We’re returning to filming from this Monday, 25 January.

“This pause in filming will have no impact on our ability to continue to broadcast six episodes of Emmerdale each week.”

Nearly half of voters are in favour of lifting fracking ban